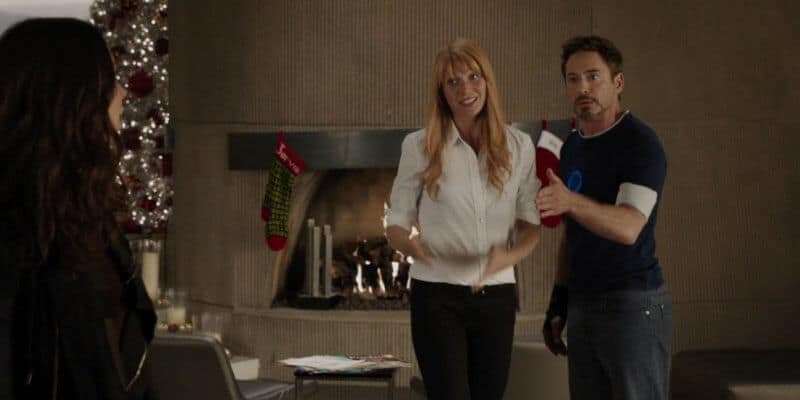 But if there's one thing we can all agree on, it's that Tony and Pepper were awesome for giving Jarvis his own stocking. Credit: Marvel/Reddit

‘Tis the season to be jolly, especially with the release of a new Marvel Studios show on Disney+.

We’ve already seen the release of Marvel’s WandaVision, The Falcon and the Winter Soldier, Loki, and the animated series What If…?, and now Hawkeye has dropped its first two episodes on Disney’s streaming service.

And if you’re a fan of cheesy, romantic Hallmark Christmas movies, then you’re in for a holiday treat.

Just in time for the holiday season, the television series gets into the Christmas spirit as the archers must confront enemies like Ronin from Clint Barton’s past in order to get back to his family in time for Christmas.

In an interview with The Hollywood Reporter, Igla explained:

“I couldn’t say they did not inform the Christmas of the show, a little bit. In the same way that those movies are comforting, I was reading those comics so many times. There was something that was comforting and relaxing about it. To turn off the stress of the day and try to disconnect from work.”

The Hawkeye head writer used to be the story editor on Mad Men, as well as executive producer for Netflix’s popular series Bridgerton starring Regé-Jean Page and Phoebe Dynevor.

During a November press conference for MCU’s Hawkeye, Kevin Feige finally confirmed he considers Iron Man 3 a Christmas movie and shared details of another Christmas-themed Marvel project, the Guardians of the Galaxy Holiday Special.

Hawkeye and Kate Bishop are now appearing at Avenger’s Campus in Disney’s California Adventure, with a special stunt show on certain days in the Disneyland theme park for the holidays.

We wonder which Hallmark Christmas movies the Marvel team watched for their inspiration and whether we will spot any references in the Disney+ show.

Will Hawkeye become your new favorite Christmas show? Let us know in the comments.