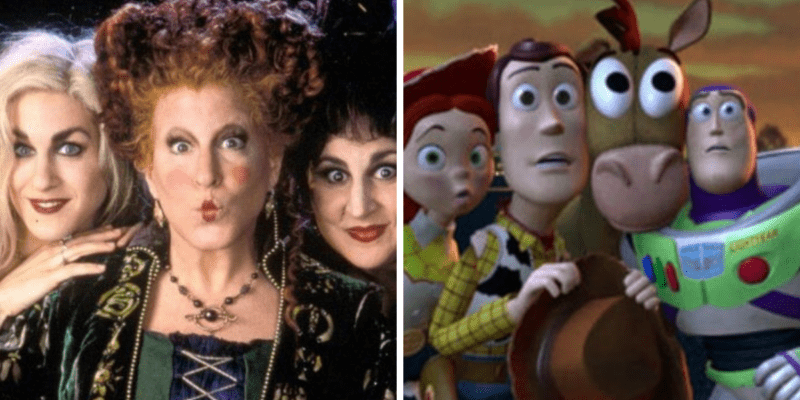 We previously reported the casting of child-star Taylor Henderson (Earwig and the Witch) as one of the three new lead characters, while Veep‘s Sam Richardson has also joined the cast.

Now, Disney has announced that Toy Story 4 actor Tony Hale will be joining the sequel to the original Disney movie following the antics of the Sanderson sisters.

Tony Hale has already appeared in some major Disney releases, voicing the new character Forky in Toy Story 4 back in 2019 as well as starring in the Disney+ series The Mysterious Benedict Society. Hale also reprised his quirky voice-acting role as Forky in the Disney+ original show Forky Asks a Question.

Hale will reportedly play the mayor of Salem, Jefry Traske in the movie currently filming at La Salle Academy in Providence, Rhode Island.

The sequel to the 1993 original Disney hit will follow an aspiring witch named Becca. A teenager with few friends, Becca accidentally summons back the Sanderson Sisters on Halloween after finding a dark flame candle at the local magic shop – also the Sanderson Sisters’ former home. The character of Becca is joined by two of her classmates, Izzy and Cassie, an “oddball” and a popular girl who also happens to be Becca’s bully.

Jen D’Angelo has written the script, while Anne Fletcher has taken over director duties from Adam Shankman.

There is no official release date at this time for Hocus Pocus 2, but it is expected to be released in the Fall of 2022. Let’s hope it’s time for Halloween!

The official synopsis for the film is as follows:

After moving to Salem, Mass., teenager Max Dennison (Omri Katz) explores an abandoned house with his sister Dani (Thora Birch) and their new friend, Allison (Vinessa Shaw). After dismissing a story Allison tells as superstitious, Max accidentally frees a coven of evil witches (Bette Midler, Sarah Jessica Parker, Kathy Najimy) who used to live in the house. Now, with the help of a magical cat, the kids must steal the witches’ book of spells to stop them from becoming immortal.”

Are you excited about the upcoming return of the Sanderson sisters? Let us know!