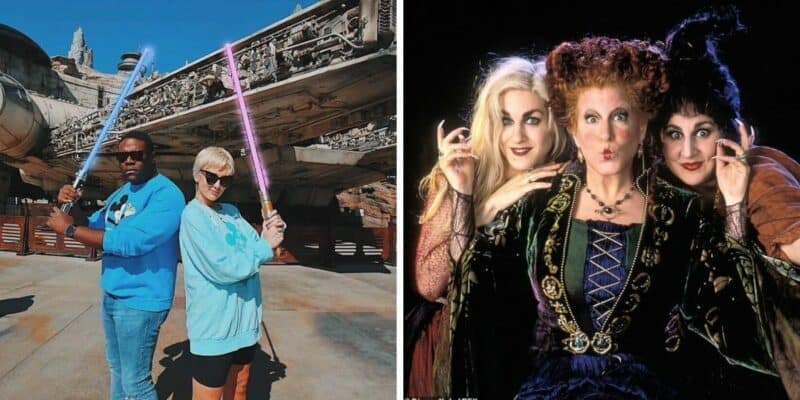 After years of fans begging for a sequel to the beloved film Hocus Pocus, Disney finally gave fans what they wanted and announced that a sequel film was in the works and that the three original Sanderson sisters — Better Midler, Sarah Jessica Parker, and Kathy Najimy — would be reprising their roles. The studio also announced in May that the film will be released on Disney+ in fall 2022.

Hocus Pocus 2 is currently in production, with sets being built in Rhode Island where the movie will be filmed and it is expected that filming will begin within the next month or so — it needs to be completed before winter fully hits New England. While the full cast has not been revealed — and may not be one hundred percent complete — fans are getting more and more information on what’s to come.

According to The Hollywood Reporter, Sam Richardson, one of the stars of the Julia Louis-Dreyfus hit show Veep is in final talks to become a part of the already impressive cast. While we know that Richardson is slated to join the cast, Disney is being incredibly tight-lipped about almost all aspects of the film, so it is unknown which role he would be playing.

This will not be the first time that Richardson has worked with Disney. He also lent his voice to the Wreck-It Ralph sequel Ralph Breaks The Internet and was the voice of Gary in Marvel’s M.O.D.O.K.

Disney is trying its hardest to keep film details under wraps, but The Illuminerdi has reported on possible story details for the Halloween film.

According to our sources, the new lead character in Hocus Pocus 2 will be a high school aged girl named “Becca”. A loner without many friends and a stepmother she hates, Becca is an aspiring witch who manages to get her hands on a new dark flame candle at the town’s magic shop located in the Sanderson Sisters old cottage. Along with classmate, “Izzy” a confident oddball, Becca mistakenly summons the Sanderson Sisters on Halloween night leading to chaos in the town as the girls race to find a way to stop the witches who still seek youth and immortality.

Fans have been following Hocus Pocus 2 news since the film was announced, getting excited when some Rhode Islanders shared pictures of set houses being built in a gorgeous field area. Disney has said that the movie will film solely in Rhode Island — unlike the original 1993, which was shot in both Salem, Massachusetts and Los Angeles.

At this time, Disney has not given Hocus Pocus 2 an official release date, just saying that it will come out in fall 2022.

Are you excited to see Sam Richardson join the Hocus Pocus 2 cast? Let us know in the comments!