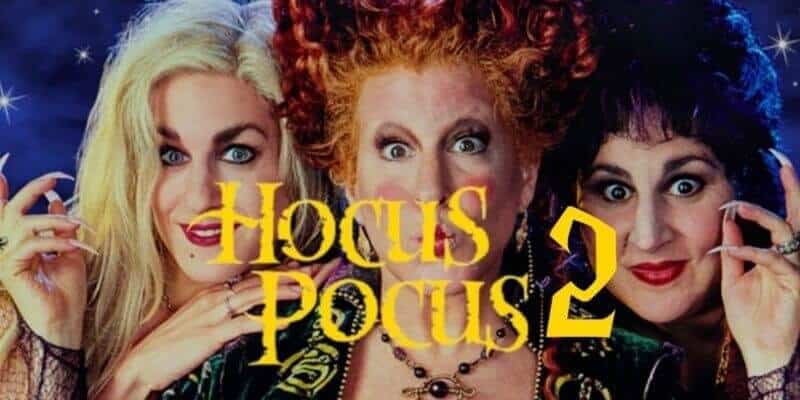 When Hocus Pocus came out in the summer of 1993, it did not get the reception that many at Disney were hoping for. The movie about 3 witches coming back from the dead to suck the lives out of the children of Salem did not pull in the audience numbers that Disney wanted. Even though the movie had a rough start, it is now one of the most popular Halloween movies Disney has ever made and has a massive cult following.

The movie has become so popular that Disney finally decided to give fans what they had been begging for and is currently in pre-production on a Hocus Pocus sequel. Even better? Original stars Bette Midler, Kathy Najimy, and Sarah Jessica Parker are all returning to reprise their roles as Winifred, Mary, and Sarah Sanderson — the trio of sisters brought back to Salem, Massachusetts when a virgin lights the Black Flame Candle.

What really made Hocus Pocus special was the fact that a majority of the movie was actually shot in Salem, Massachusetts. Salem is the site of the original witch trials that have captivated historians and the general public for centuries. While the original filmmakers decided that it would be best to shoot the movie in Salem itself, the sequel will not be filmed in the spooky area — but filming will remain in New England.

Per The Boston Globe:

Multiple reports this week said production had begun building 1600s-era movie sets in Chase Farm Park in Lincoln, where much of the second film will reportedly be shot. Production also has been securing permissions from town officials and law enforcement on things like controlled burns for certain scenes, according to the Providence Journal.

Filmmakers are also making use of historic buildings like the Cranston Street Armory in Providence that will reportedly be a soundstage, according to Rhode Island NBC affiliate WJAR. An executive director of the Rhode Island Film & Television office told the news outlet that Disney is paying for “intensive cleanup” of the facility as well as all utilities. He called the production “a very net gain for the state of Rhode Island.”

Anne Fletcher, who is directing the Hocus Pocus sequel has filmed in Rhode Island before and is familiar with the very specific areas that she is choosing to film. Luckily, small towns in New England can have very similar colonial looks, so Fletcher should be able to perfectly capture the essence and feeling of Salem without actually having to be there.

Disney has not announced when the Hocus Pocus sequel will begin filming, but the film is currently looking to cast a number of New Englanders as extras. Hocus Pocus 2 is scheduled to be released on Disney+ in Fall 2022.

What do you think of the new Hocus Pocus movie not filming in Salem? Let us know in the comments.