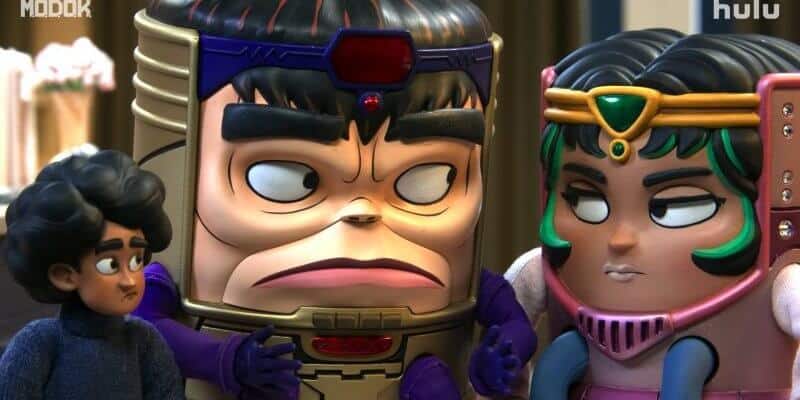 When it comes to film studios that are at the top of their game, Marvel Studios definitely ranks towards the top. Not only are fans anxiously awaiting the release of Marvel’s newest superhero film, Shang-Chi and the Legends of the Ten Rings, but they are also hoping for a Spider-Man: No Way Home trailer sometime in the near future.

On top of Marvel’s huge film achievements, the Studio has seen massive success with its three original Disney+ series — WandaVision, The Falcon and the Winter Soldier, and Loki. It seems that everything Marvel touches turns to gold and Disney’s sister streaming platform Hulu, wants to get in on some of that success.

Hulu has already had more than one Marvel series stream on its platform — but performance has been up and down. Marvel’s M.O.D.O.K. — about a supervillain struggling to balance his company and his family — was moderately well-received during its first season, but it has not currently been picked up for a second season.

Marvel’s Helstrom was canceled on Hulu after only one season, which also saw the ending of Marvel Television. There were four other Marvel animated shows that were supposed to stream on Hulu, but two of them — Howard the Duck and Tigra & Dazzler — did not move forward. However, Hulu’s head of scripted content, Jordan Helman, still has hope that Hulu can see major success by bringing in more Marvel.

In speaking with Deadline, Helman said:

“Marvel continues to be an incredibly important partner and one of the biggest generators of content within the Disney ecosystem so we’re excited about the possibility of what may lie in the future with regards to the Hulu/Marvel relationship.”

While it is unknown if M.O.D.O.K. is going to be picked up for a second season, Hulu is hoping to see some big success with Hit Monkey, which is coming out later this year. Hit Monkey follows an angry Japanese snow monkey as he tries to combat the Tokyo underworld with the ghost of an American assassin helping him along the way.

While Hulu has struggled with Marvel success so far, there are definitely possibilities for the streaming platform. Disney+ is committed to keeping its content family-friendly, which can put some limitations on what series they can and cannot bring to life. Hulu, however, does not have those limitations, and already has much darker and more dramatic series’, such as the wildly successful show The Handmaid’s Tale, based on the book by Margaret Atwood.

With the ability to go darker, Hulu can take on Marvel’s more intense projects, such as one about a murderous monkey. Even though Helman admits that he has not spoken to Marvel President Kevin Feige about more Marvel projects coming to Hulu, he thinks that the possibility is there, saying:

“Given Marvel’s place in the Disney ecosystem, it seems like an incredibly robust avenue for future projects.”

M.O.D.O.K. is currently available to stream on Hulu. Hit Monkey has not been given a release date at this time.

Would you like to see Hulu make more Marvel shows? Let us know in the comments!

Comments Off on Will Even More Marvel Series Come to Hulu?