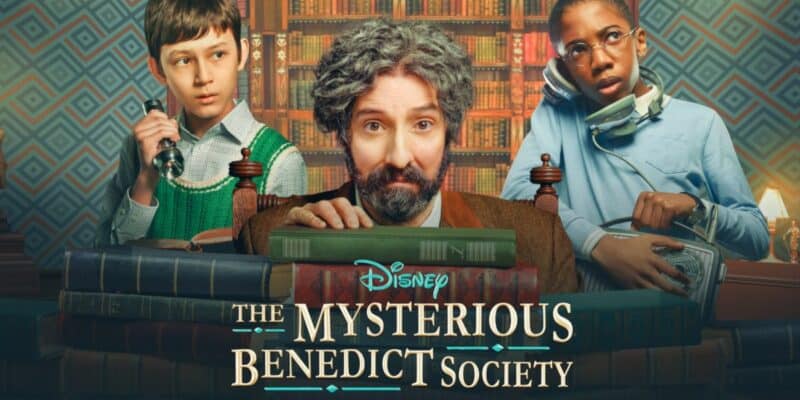 Since its launch in 2019, Disney has constantly been trying to bring more successful content to its streaming service, Disney+. While that content includes classic Disney, Pixar, Star Wars, and Marvel films, there is also a lot of Disney Channel original series, as well as those made exclusively for Disney+. One of those Disney+ exclusive shows was so popular that Disney just renewed it for a second season.

The Mysterious Benedict Society premiered on Disney+ in late June and was an immediate hit with fans. The series is based on a Young Adult book series of the same name and follows four gifted orphans who are recruited to go undercover at a boarding school in order to stop a global crisis.

Disney released more information about the show’s renewal in a press release.

Disney+ announced today that “The Mysterious Benedict Society” has been renewed for a second season. Based on the best-selling book series by Trenton Lee Stewart, the series follows four gifted orphans who are recruited by the eccentric Mr. Benedict. Created and written by Matt Manfredi and Phil Hay with Darren Swimmer and Todd Slavin as showrunners, “The Mysterious Benedict Society” stars Emmy® award-winner Tony Hale in dual roles as twin brothers Mr. Benedict and Mr. Curtain, the series’ protagonist and antagonist, respectively.  The second season will begin production in early 2022.  The Disney Branded Television series is produced by 20thTelevision in association with Halcyon Studios a Chicken Soup for the Soul Entertainment Company.

“We’re thrilled to have the opportunity to continue our journey into Trenton Lee Stewart’s witty, warm and wonderful world in a second season of ‘The Mysterious Benedict Society.’ This has already been such a special experience, thanks to our remarkable cast and collaborators. The belief that 20th Television and Disney+ have shown in our show and their commitment to its values of kindness, empathy and the celebration of different ways of being make this all very much a joy,” said Hay, Manfredi, Slavkin and Swimmer.

Season two of The Mysterious Benedict Society will begin one year after the orphan’s first mission, and they will need to team up once again to stop the evil L.D.Curtain. If they fail in their mission, the results will be felt across the world.

Here is more information on the popular show from Disney:

After winning a scholarship competition, four gifted orphans are recruited by the peculiar Mr. Benedict for a dangerous mission to save the world from a global crisis known as The Emergency. Reynie, Sticky, Kate, and Constance must infiltrate the mysterious L.I.V.E. Institute to discover the truth behind the crisis. When the headmaster, the sophisticated Dr. Curtain appears to be behind this worldwide panic, the kids of “The Mysterious Benedict Society” must devise a plan to defeat him.

Season one of The Mysterious Benedict Society is currently available to stream on Disney+.

Are you excited to hear that Mysterious Benedict Society will be returning for a second season? Let us know in the comments!