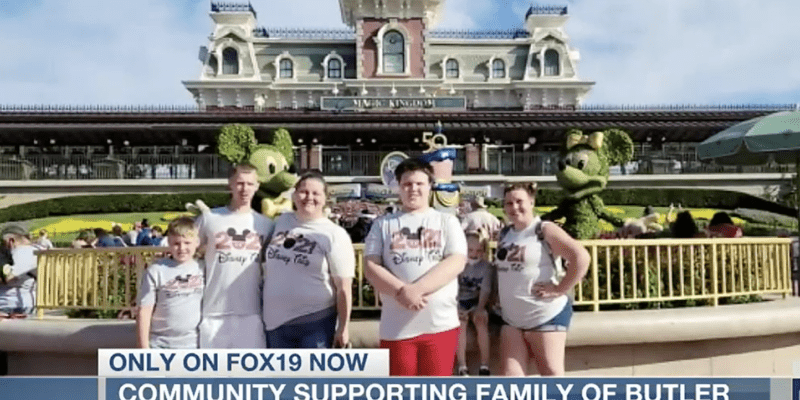 When Guests visit Walt Disney World Resort, they typically end with magical memories that will last a lifetime. That being said, Disney World is still a place like any other where something can go wrong, whether that be medical or personal.

Recently, one family from Butler County took a trip to The Most Magical Place on Earth, expecting to enjoy churros in front of Cinderella Castle, when things took a turn. Fox 19 reported that the Baxter family’s 12-year-old son ended up in the hospital.
From the report, we can see that Vanessa Baker stated, “her son Kameron suddenly became sick on October 7, while the family was on vacation in Florida, visiting Disney World. He has now been at the children’s hospital in Orlando for several weeks.”

Kameron had a common cold when things quickly escalated. The young boy has asthma, and his breathing condition quickly worsened as he was put on a ventilator. Both Vanessa and her husband tested negative for COVID-19, so it seems that that was not the illness that fell onto their son.

“They’re treating him as ARDS, which is acute respiratory distress syndrome, and they said he is a candidate potentially for MIS-C… It’s like a multi-inflammatory syndrome,” Vanessa said. “There’s no real answers or anything that they’ve came up with to know how or what made this happen.”

Vanessa and her husband have stayed in Florida as Kameron continues to fight for his health, and their other children have returned home to a relative. Vanessa gave a final statement to parents everywhere, telling them to have their kids looked at by a doctor when they get sick, even if it seems like it is just a simple cold.

“Even if you think it’s the common cold, at least go get them checked out because I honestly thought it was strep throat… and it’s completely turned everything around.”

It seems the Baxter family’s community is showing support for the family through a GoFundMe page. They are raising money to give the family a normal and loving Christmas this year, after all, they have been through.

If you ever end up sick at Disney World, you can go to first-aid to get looked at, and if needed, you will be brought to the nearest hospital so that proper care can be taken.

Have you ever fallen ill at Disney World? Let us know your story in the comments below.