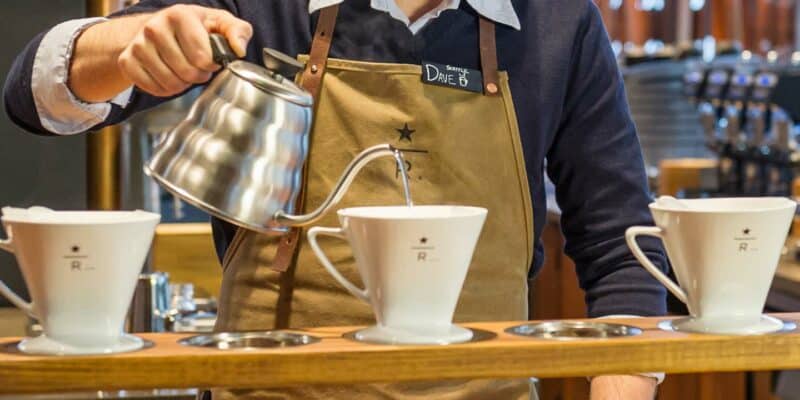 In general, when Starbucks locations in the Central Florida area are sold, they change hands for approximately $3 million, according to a report by the Orlando Business Journal. Not so, however, for branches of the popular Seattle-based coffee shop that are located near Walt Disney World Resort.

Related: Where You Can Find a Pumpkin Spice Latte at Disney World

No, seemingly, Starbucks — and other businesses that sell near The Walt Disney Company’s flagship Florida Resort — sell for significantly higher-than-average prices.

Per OBJ‘s article about a space leased to Starbucks that recently sold for a cool $6 million:

Orlando real estate execs this summer completed a Venti-sized deal for a Starbucks near Walt Disney World — revealing the long-term value investors see in real estate next to the internationally famous theme park.

Disney Retail A LLC — an entity related to Chicago-based real estate firm SRE Holdings LLC — paid $5.9 million on July 23 for a roughly 2,500-square-foot building leased to a Starbucks on 0.77 acres at 8699 Palm Parkway.

The coffee shop space, where Starbucks opened in June, traded hands for roughly twice what a normal Seattle-based Starbucks Corp. (Nasdaq: SBUX) sells for in Central Florida, as Disney’s continued growth at its nearby 30,000-acre theme park drives demand for surrounding retail.

While this particular Starbucks coffee shop is not on Disney property — although there are Starbucks locations at Disney Springs and all of Disney World’s theme parks, Magic Kingdom, EPCOT, Disney’s Animal Kingdom, and Disney’s Hollywood Studios — it is close enough to prove just how much of a boon Disney World really is for the surrounding neighborhoods in Orlando.

Furthermore, with Disney relocating thousands of operations jobs from California to Florida in the near future, the Lake Nona area of Orlando is also likely to see a spike in both real estate development and retail offerings, all thanks to Disney.

At the time the move was announced, Disney Parks, Experiences and Products Chairman Josh D’Amaro shared:

As Disney’s family of brands continues to grow, and Walt Disney World Resort adds more and more Guest experiences, there is no doubt that the Central Florida region will see an increasing number of real estate transactions like this Starbucks sale. Chalk it up to the power of Disney magic.

What do you think about this Starbucks selling for a whopping $6 million?