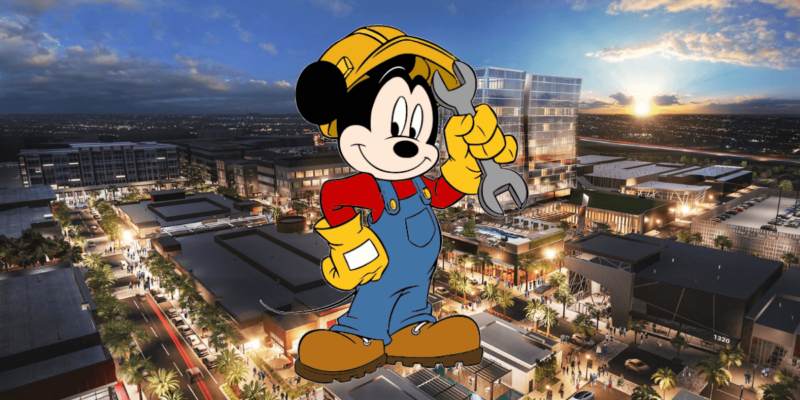 The Walt Disney Company is moving 2,000 corporate jobs to Lake Nona, an up-and-coming master-planned community that is just a short drive from Walt Disney World.

While it is reported that the Walt Disney Company will invest $864 million in the campus project, they could get over $500 million in tax incentives for the move.

Disney is gearing up to move many of its corporate offices to Lake Nona. This move could likely cause an increase in home prices in an already hot market for Central Florida. Now, the numbers have been revealed as to how much Disney is willing to invest in this new campus. While Disney will be investing a lot in the project, they will also receive a healthy amount of tax incentives to sweeten the deal of such a big move.

Walt Disney World is 30-40 minutes away from Lake Nona.

Related: Hyatt Is Building a New Hotel Right Next to Disney World

According to a report from the Orlando Business Journal, back in 2019, Disney applied for a tax credit that will give the company over $500 million over 20 years.

The report goes on to say that:

Disney expects the total capital investment for the campus to be $864 million, including $624 million for other equipment such as computers and office furniture at the campus. In the tax incentive documents, Disney said the cost of the campus could exceed current projections.

Josh D’Amaro who is the chairman of Disney Parks, Experiences and Products, told Cast Members that the move will be over 18 months to give everyone ample time to prepare. He also touched on the importance of this move for the Walt Disney Company.

“As someone who has moved with my family from California to Florida and back again, I understand that relocation is a big change, not only for the employee, but also for their families, Therefore, moving these roles to Central Florida will take place throughout the next 18 months, providing flexibility in timing to accommodate individual situations and needs.”

This new project will create a dynamic environment to support our expanding business — a brand-new regional campus which will be built in the vibrant Lake Nona community of Orlando, Florida,With more than 60,000 Cast Members, Imagineers and employees, Central Florida has long been home to many of our businesses including the Walt Disney World Resort and most of our Disney Signature Experiences team.”

This move of corporate offices from California to Florida will take time. As the project continues we will have to see how Disney handles the budget for this project, or if they adjust the numbers to spend more on this new office location. But of course, any spending will be offset with the tax incentives for the company in the long run.

What do you think about the tax incentives Disney will receive for moving offices to Lake Nona?