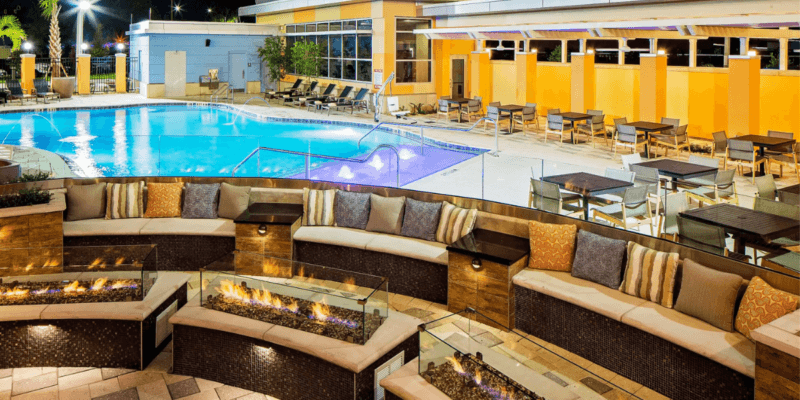 As tourism is beginning to rebound in Central Florida, new and exciting projects are getting off the ground. Hyatt is starting a new hotel project right next to Walt Disney World, giving Disney Parks fans more variety to choose from when choosing a room for their next vacation.

Here are the details.

According to a report from the Orlando Business Journal, Hyatt is going to build a brand-new hotel close to Walt Disney World Resort. This new project is in its early phases.

The project will feature a gym, outdoor pool, dining area, bar and more. The development may cost between $11.5 million to $25 million, based on industry standards.

This new hotel will be at 11901 Ravallo Resort Drive, which is right off of Palm Parkway. This is close to the new O-Town West area which is home to the oversized White Castle, a Portillo’s, and more.

This area is growing exponentially, and the location is convenient to both Walt Disney World and Universal Orlando Resort. Recently, we discussed how Walt Disney World hotels are almost fully booked for the entire month of October. It is clear that as tourism continues its positive growth and continues to recover from the pandemic-era shutdowns, there is a need for more hotel rooms in Central Florida.

There is even more growth happening in Central Florida as Disney announced they will be moving a substantial portion of their cooperate workforce to Lake Nona.

If you are a World of Hyatt member, you are likely excited for another Hyatt property to open near Disney World as it allows you to use your points program for a Disney World vacation.

Disney-owned and operated hotels at Walt Disney World have been very busy in 2021 as the Resort has continued with its phased reopening. Universal Orlando Resort has also been extremely busy, with some hotels being fully booked for weeks. More hotels lead to more options for those wanting to stay close to the theme parks. This will be even more crucial when Universal opens its new theme park, Epic Universe.

Let us know if you are looking forward to this new hotel in the comments below.

Want to book a Walt Disney World vacation? We can help — click here for more information.