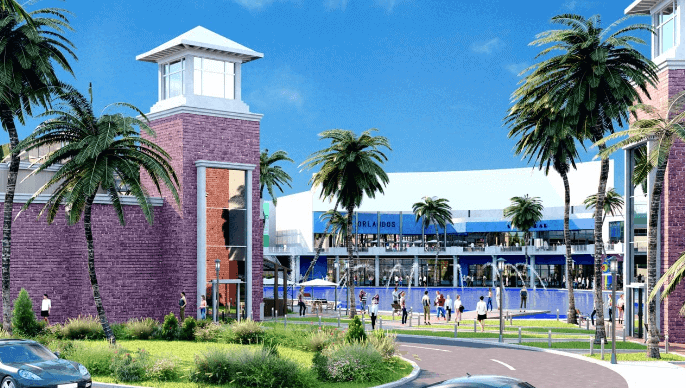 According to a new report from the Orlando Business Journal, even more apartments could be coming to O-Town West. These would be just minutes away from Walt Disney World, and close to plenty of restaurants, and shopping.

Here is what we know about the potential for these apartments!

What is O-Town West? O-Town West is an exciting new development that is right in between Disney and Universal in Orange County Florida. O-Town West is currently under construction and will reside on Palm Parkway and Daryl Carter Parkway.

This new center will offer shopping and dining, bringing in some regional favorite not previously found in Florida! This is great for tourists who want a taste of home while on their vacations, or locals looking to try something new. Some restaurants featured at O-Town West will include White Castle, and Portillo’s.

But arguably the best thing about apartments being built here is the location! Close to Disney, Universal, and I-4 which will offer quick access to other parts of Orange County including Downtown Orlando.

Related: Thinking of Moving Near Disney World? Here is What You Need to Know

In a report by the Orlando Business Journal, they claim that new apartments could be coming to O-Town West soon!

The Orlando Business Journal says that this project would be located off of Palm Parkway next to O-Town West. O-Town West already has its own 900 unit apartment complex in the works.

There are a lot of options when it comes to moving to Orlando — stay tuned to Inside the Magic for updates on the latest residential projects happening around the theme parks!

Are you glad to see more apartments being built near Disney and Universal? Let us know in the comments!

Comments Off on More Housing Near Disney in the Works at O-Town West!