Thinking of Moving Near Disney World? Here is What You Need to Know - Inside the Magic 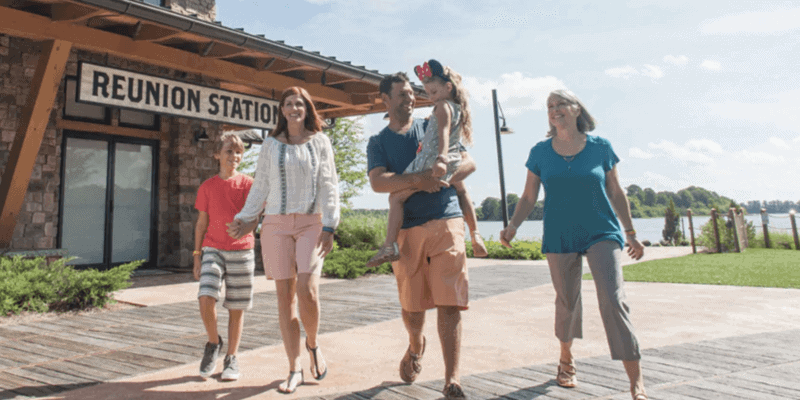 Living near Disney World is a dream for many. It is estimated that 1,500 people move to Central Florida each week! Walt Disney World and Universal Orlando Resort are both big draws for those wanting to move somewhere with sunny skies, warmer temperatures, and a lot of family entertainment.

Here are some helpful things to note if you are planning on moving to sunny Central Florida.

Living close to the theme parks comes with a ton of perks, seeing fireworks from your house? Check! But it also has some inconveniences as well so here is what to keep in mind when choosing a place to live.

Depending on how close to Disney World you want to live, there are a ton of choices for homes and apartments. Winter Garden, Hamlin, and Horizons West are all just short drives from Disney and there are new apartments and homes being built at breakneck speeds. These areas are great for those looking for something brand new and convenient to Disney World property, but there are some growing pains. The roads and infrastructure are still being built to support the influx of residential and commercial real estate in the area, so look out for potholes and traffic!

Lake Nona is another up and coming area that is rumored to be the location that Disney will be moving a majority of their offices to. You can read more about that rumored move here!

My recommendation for a great place to live close to Disney World? Anywhere off of Avalon Road. There is a lot of new construction happening, so it is hectic right now — BUT, it offers very easy access to Disney World property, and many homes and apartments off of Avalon will be minutes away from Disney’s new Flamingo Crossings retail and dining center! When Flamingo Crossings is finished it will feature a Target, breweries, a Japanese BBQ restaurant, and much more.

While the traffic and never-ending construction may be downsides for some to living in Central Florida, there are tons of benefits for those who want to enjoy the theme parks year-round.

Both Walt Disney World and Universal offer special discounts on Annual Passes for Florida residents. These passes can save you major $$ and allow you to visit the theme parks as much as you want (with blackout dates) throughout the year. For Florida Residents, Disney will allow you to make monthly payments on your Annual Pass making it even more convenient to pay for access to the parks. Being a passholder to Disney when you live in Central Florida is essential for any Disney fan, so keep an eye out for when Disney begins selling new Annual Passes again.

Currently, Disney World has stopped selling new Annual Passes as they continue the phased reopening of the resort after a lengthy closure due to the pandemic. Universal Orlando Resort, however, is selling Annual Passes — and offering three months of FREE admission to their theme parks as part of a promotion for Florida Residents!

Annual Passes offer discounts on dining and shopping both for Disney and Universal which makes them even more valuable to have. Personally, living in Central Florida myself I do find that having Annual Passes to both Walt Disney World and Universal Orlando Resort makes it really convenient as there is always something to do and see.

Are you looking to move to Central Florida? Let us know in the comments below!