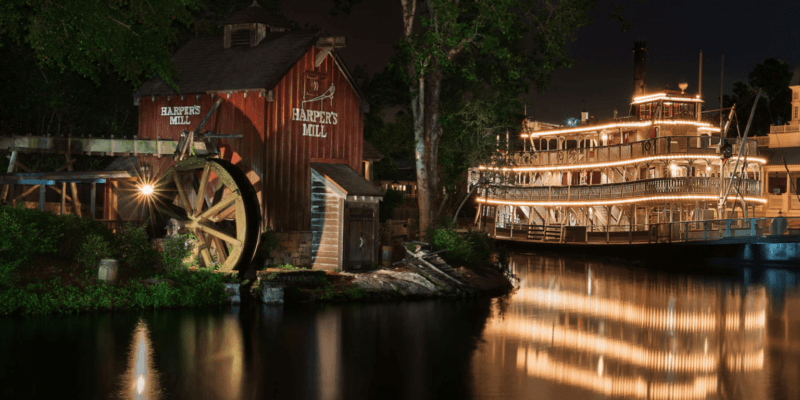 Two Magic Kingdom attractions — the Liberty Square Riverboat and Tom Sawyer Island — began a lengthy refurbishment back in 2020. Within a few weeks of both attractions closing, the Rivers of America in Liberty Square was completely drained and Guests immediately started wondering what Disney Imagineers were doing.

Disney World did not make any immediate statements regarding the refurbishments of these attractions, but the Disney World website did state the following:

The Liberty Belle itself was also having work done off-site. The steam-powered paddleboat was lifted out of the water with movable rails and was stored in the Magic Kingdom area service marina for a lengthy period of time. This allowed Imagineers to make improvements on the boat if needed.

And now, after months of being closed, these attractions are officially removed from the refurbishment calendar and are open for Guests once again!

The My Disney Experience app currently shows both the Liberty Square Riverboat and Tom Sawyer Island are no longer listed on the refurbishment calendar, which you can see reflected in the screenshots below.

Disney Parks Blog shared this video showing the Liberty Belle being removed for its maintenance and the process behind it:

Last October, cast members drained the waters of the Rivers of America, sending the Liberty Belle to dry dock behind Magic Kingdom Park in order to replace her underwater track.  In preparing for her return, teams worked together overnight to sail her through Bay Lake and Seven Seas Lagoon, around Disney’s Contemporary Resort and crossing in front of Magic Kingdom Park.  They then towed her by hand through a narrow water channel before underwater divers reconnected her to the newly refurbished track and brought her home. Once docked back in Liberty Square, cast members put on the finishing touches before opening to guests this morning.

They also shared this amazing Time-Lapse video showcasing the work that has been done on Rivers of America and the Liberty Belle Riverboat returning to the water! They write:

In the Liberty Belle’s absence, more than 100 cast members contributed their specialized crafts and skill during the four-month scheduled refurbishment. Anchored by the planned track replacement for the vessel, cast members took advantage of the Rivers of America being drained to also make some enhancements including updated rockwork, landscaping and adding fresh paint to the surrounding areas.

We are excited to see the beautiful Liberty Belle return to Rivers of America and are happy for Guests to once again be able to visit Tom Sawyer Island.

Are you excited to see these two Magic Kingdom attractions reopen? Let us know in the comments below.

If you want to book a trip to Disney World for 2021, get in touch with our friends at Academy Travel, who will be with you every step of the way. Get your free quote today.