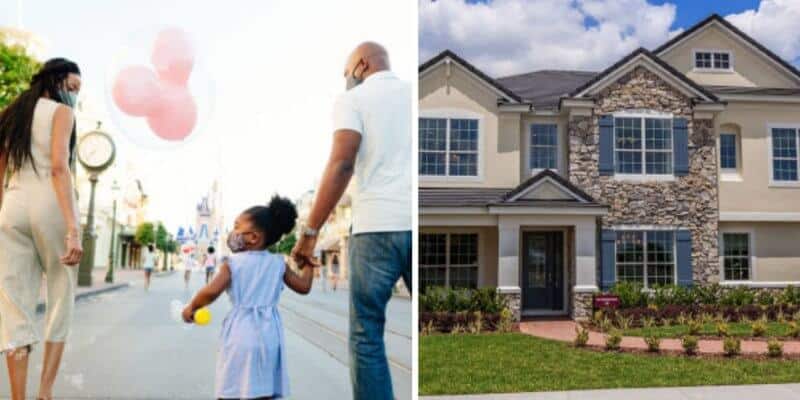 Have you ever dreamed about living right next to Walt Disney World? The idea of living beside the Most Magical Place on Earth may sound like something out of a movie — but you can make it your reality!

New construction has been going on in the Orlando area from Flamingo Crossing to O-Town, making the WDW surrounding area not just feel like a one-week vacation, but rather, somewhere you can settle down. Now, homes are being built right by Disney

According to Orlando Business Journal, “Oviedo-based Sun Terra Communities paid $16.3 million for 180 acres in Orange County’s Horizon West community.” The land is quite literally right next to Disney World, with Horizon West being a mere 10-minute drive away from the theme parks. Could you imagine being able to get to Disney in 10 minutes or less? For reference, in the below map, the new homes will be built in section A, and Disney is located all around section B.

If you are already texting your friends, family, and loved ones to let them know you are moving, you can give them a move-in date as well! Considering the grounds are now fully permitted and ready for construction, it is estimated that the new housing complex should be ready in 2021 over the course of the next 10 months.

Although we are not sure how many homes Sun Terra plans to build, “The former property owner, Dallas-based Spring Grove LLC, previously submitted plans for the development of 258 detached single-family lots and 127 townhome lots on the property.”

Not only is the new real estate great for those looking to move closer to the magic, but it is also great for Florida’s local economy. These homes create local contract work and “have an estimated local economic impact of $77,858 [per home], according to a 2018 study by the National Association of Realtors.” Plus, Orlando may have been one of the few places to see a rise in home buyers during the pandemic with a 21% jump, so building on that trend while it’s hot could be quite lucrative for Sun Terra.

Living next to Disney is a dream for many, but a very real question is how much will it cost? Disney has a housing complex on property called Golden Oak with luxury homes that sell for millions — so when many Disney fans think of living next door to Magic Kingdom, the price tag is almost too daunting to even ask about. That being said, future buyers can find comfort that these homes are likely going to be much more affordable.

At the end of last year, the average home cost in the Horizon’s West area sold for $398,371, which is slightly higher than Central Florida’s average price of $323,000. It may be a little more pricey to live in the area, but, you will be saving a lot on gas when it comes to visiting the theme parks!

Would you want to live 10 minutes away from Disney World? Let us know your thoughts!