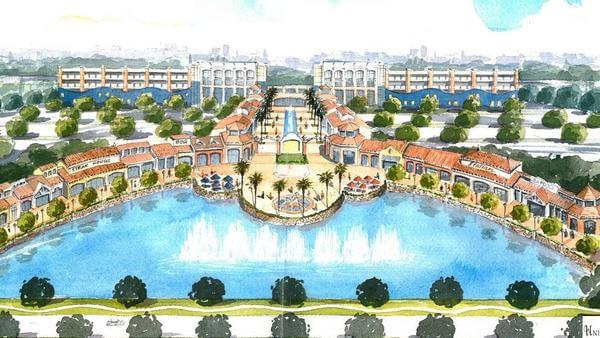 Unicorp, the developing company behind the I-Drive 360 complex that houses the Cocoa-Cola Orlando Eye, has announced plans for a new project called O-Town West that will include residences, shopping and entertainment near Walt Disney World.

O-Town West will reportedly include apartments and single-family houses starting in the $500,000 range, as well as a boardwalk with shops and restaurants. The boardwalk will provide guests with a number of outdoor experiences, including “water shows” similar to that of the Bellagio in Las Vegas. O-Town West will sit on 82 acres of land at the meeting of Daryl Carter Parkway and Palm Parkway, just a few miles from Walt Disney World.

The project could take up to a year to be approved so there is currently no timeline in place for the opening of O-Town West.