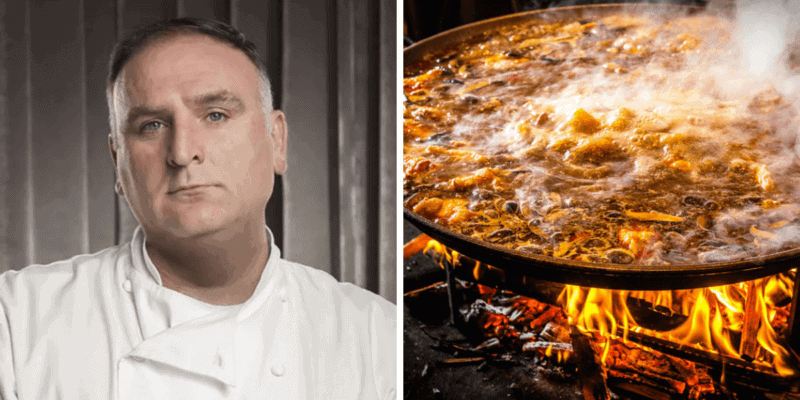 The Disney Springs restaurant Jaleo is the brainchild of Chef Jose Andrés. Jose Andrés was recently awarded the Courage and Civility Award, a new award created by Jeff Bezos. This came with a $100 million dollar prize.

According to CNN, Chef Jose Andrés has been given the Courage and Civility award for his work feeding those in need. During the height of the pandemic, Jaleo prepared and gave over 5,000 meals to essential workers such as nurses and doctors. But chef Jose André’s mission to feed those in need is much deeper than that.

Andrés, who has poured his efforts into feeding those in need around the world, said that the award itself “cannot feed the world on its own.” “But,” Andrés added, “this is a start of a new chapter for us.”

Business magnate and founder of Amazon Jeff Bezos told CNN, in regards to the Courage and Civility Award, that:

“We need unifiers and not vilifiers,” Bezos said. “We need people who argue hard and act hard for what they believe. But they do that always with civility and never ad hominem attacks. Unfortunately, we live in a world where this is too often not the case. But we do have role models.”

Related:Hyatt Is Building a New Hotel Right Next to Disney World

If you would like to keep in touch with all goings-on of Chef Jose Andrés, including his philanthropic outreach programs, go to his official website here.

Jaleo is an extremely popular restaurant at Disney Springs, serving up Spanish-inspired cuisine. If you would like to eat at Jaleo be sure to grab a reservation on your My Disney Experience app quickly as reservations can fill up.

There is also a quick service location attracted to Jaleo called, Pepe which is a great place to try some of the fantastic flavors of Jaleo if you cannot snag a table.

What do you think of Chef Jose Andrés winning this award from Jeff Bezos? Let us know in the comments!