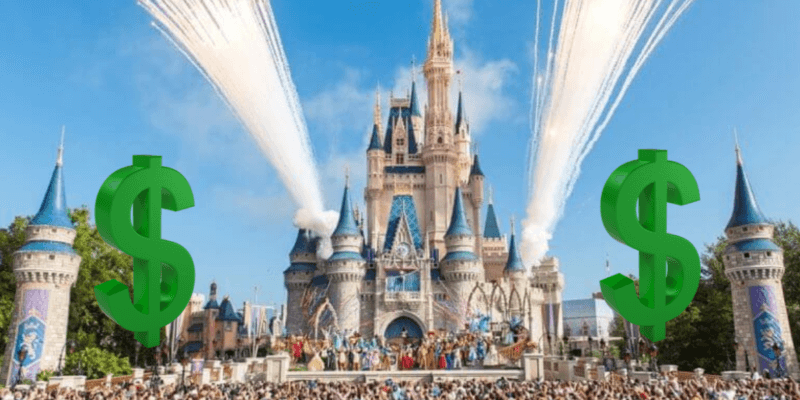 When Disneyland first opened in 1955, the Happiest Place on Earth was an instant hit. The Southern California theme park was so successful that Walt Disney decided to go bigger — much bigger. The Southeastern state of Florida had a lot of empty space, and the warm weather made it the perfect spot for Walt’s next project.

Unfortunately, by the time Walt decided to go big or go home, he had become a household name and Disneyland was synonymous with success — which meant that if anyone knew that it was Walt Disney who wanted to buy the Florida land, it would come at a premium price. Therefore, Walt’s lawyers reached out to realty companies, swore them to secrecy, and helped Walt purchase thousands of acres in Central Florida, a lot of it for less than $200 per acre.

The Walt Disney World Resort property now rests on approximately 27,000 acres of land. That is a lot of land, and with that land comes annual property taxes. Disney World’s property tax bills are understandably high. However, a recent court ruling decided that the taxes were too high. In fact, the taxes were so high that Disney is getting millions of dollars returned to it.

In 2016, Disney filed a lawsuit against the Orange County Property Appraiser’s Office, claiming that the appraiser’s had over-calculated how much the land was worth. Walt Disney World’s property is technically 14 separate properties, and each property has to pay its own taxes. Disney has continuously paid its taxes, even though the company is suing for how high the taxes were. Per a report from The Orlando Sentinel:

Disney sued in June 2016, alleging Singh’s staff had exaggerated the fair-market values of the 14 theme park properties, which include the Magic Kingdom, EPCOT, Hollywood Studios and Animal Kingdom and smaller venues such as Blizzard Beach, Typhoon Lagoon and Fantasia Golf.

It is estimated that Disney will receive about $8 million in its return — approximately $1.3 million per year from 2015 to 2020. The Orange County tax collection agency told The Orlando Sentinel that some of the refund money will come from money set aside for pending litigation:

“We’ve been anticipating these but, of course, we’re not involved in the negotiations so we never know exactly what the settlements are going to be,” he said. “But a couple of years ago I had discussions with the big taxing authorities — the city, the county and the schools — and I said, ‘Hey, you should know there’s a lot of litigation out there, and we’re holding back more [money] in reserves than what we would normally hold back.’ “

The Orange County Appraiser’s Office was also sued by the Universal Orlando Resort and SeaWorld Orlando — both claiming that the Tax Appraiser in 2015 also exaggerated how much their properties were worth. Rick Singh, the tax appraiser at that time, did not comment but lost his bid for reelection in August 2020.

What do you think about Disney’s estimated $8 million refund? Let us know in the comments!

CLICK HERE to book your Disney World vacation today with our friends at Academy Travel!