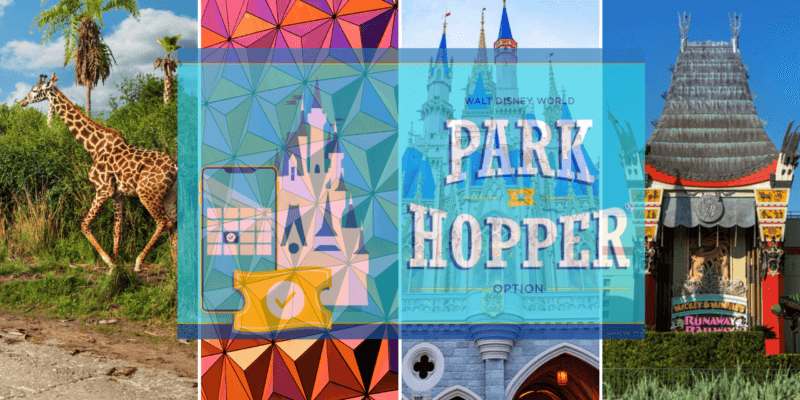 When Disney decided that it would reopen the Walt Disney World Resort in July 2020 after a months-long closure due to the COVID-19 pandemic, Guests visiting the Florida theme parks needed to make a theme park reservation and could only visit one Park per day. However, beginning in January 2021, the popular Park Hopping option was brought back to Disney World, but with the caveat that Guests can only Park Hop starting at 2 p.m.

In this writer’s opinion, it is time for Disney World to change that rule.

While that all sounds well and good, I believe it is actually a massive problem since Park Hopping does not begin until 2 p.m.

Now, when new rides open that operate on a virtual queue system, traditionally those boarding groups are all given out in a matter of seconds after each virtual queue opens. For example, when WEB SLINGERS: A Spider-Man Adventure opened at Disney California Adventure Park at Disneyland Resort, securing a boarding group was the only way to ensure entry into Avengers Campus. Boarding groups were full in a matter of seconds, leading to an hours-long wait to enter the campus.

Since Remy’s Ratatouille Adventure will operate on a solely virtual queue system — that is until Disney introduces Genie+ and Lightning Lane, the paid FastPass system — it stands to reason that the new attraction will follow in the path of its predecessors and have its boarding groups distributed in seconds. The new attraction is likely to be very popular, and as we know with all other virtual queues, a boarding group is not guaranteed for all Guests at the theme park.

If that happens and all boarding groups fill up very soon after the virtual queue opens, that means that Guests who do not start their day at EPCOT will pretty much have a zero chance of getting a boarding group for the new ride.

If Disney is insistent on keeping Park Hopping limited, then why not have Disney World follow the way Disneyland does it?

At Disneyland Resort, Park Hopping begins at 1 p.m. However, the the afternoon boarding groups open for both WEB SLINGERS at Disney California Adventure and Star Wars: Rise of the Resistance at Disneyland open at 12 p.m., and you can be in either theme park in order to get a boarding group in the afternoon. This gives Guests who are Park Hopping the chance to also get into boarding groups for the new and popular rides. Here at the Disney Parks in California, as long as you scan into a theme park by 12 p.m., you can join the virtual queue at 12 p.m., and then Park Hop at 1 p.m.

To be honest, I don’t think that Disney really needs to limit Park Hopping as much anymore. Reservations are really what is helping to control crowds, so having a 2 p.m. Park Hopping start time doesn’t seem to need to stay. Plus, Disney always reserves the right to stop allowing people into the Parks, so if they felt a crowd was getting too high at one Park, they could simply stop allowing Guests into that particular theme park.

If they still want to keep limitations on Park Hopping, perhaps Disney World can allow Park Hopping to take place earlier in the day so that Guests with a Park Hopping ability but without an EPCOT reservation can still hop over to EPCOT in time to join the virtual queue for Remy’s Ratatouille Adventure. Either way, I personally believe something about the process should change.

Do you think Disney World should change its Park Hopper system? Or get rid of these restrictions altogether? Let us know in the comments!