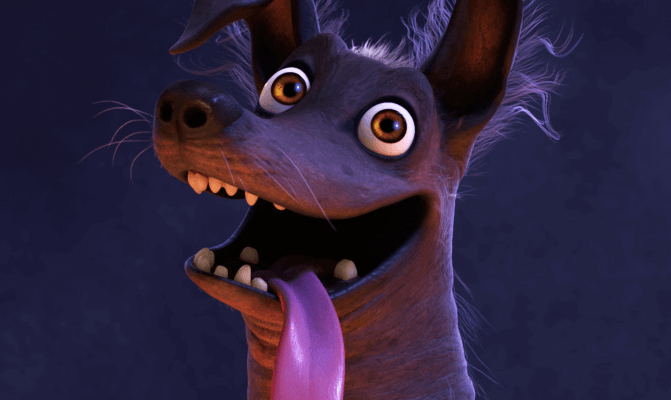 Walt Disney World Resort will be celebrating 50 years on October 1, with new shows, attractions, and first-ever interactive statues that will showcase Disney Characters we all know and love called the Disney Fab 50.

So far we know that Disney has included iconic characters such as Mickey and Goofy as well as showcasing some of Disney’s most beloved best friends such as Timon and Pumbaa from Disney’s classic film, The Lion King, Winnie the Pooh and Piglet, and Lumiere and Cogsworth from Disney’s Beauty and the Beast!

According to National Geographic TV on Instagram, Disney has just released the first-ever animal Pixar character to the Disney Fab 50 collection that is well known for his kindred alebrije spirit and loveable personality! If you haven’t already guessed it, we’re talking about Dante from Disney, and Pixar’s Coco!

Dog Behaviorist, animal lover, and Mexican American, Cesar Millan was thrilled to share that Pixar’s beloved dog, Dante is the next to be announced as part of the Disney Fab 50 Character Collection! Where can you find Dante? Check out the video below as Cesar Millan and National Geographic TV share:

Cesar Millan (@cesarsway), from the brand-new series “Better Human, Better Dog” has revealed that Dante from Disney and Pixar’s “Coco,” is part of the “Disney Fab 50 Character Collection” that you’ll soon find across the four @WaltDisneyWorld theme parks during “The World’s Most Magical Celebration” starting October 1 #DisneyWorld50

Along with Disney’s Fab 50 Characters being added to all four Disney World theme parks, the iconic Partners Statue is receiving a shiny refurbishment! Check out the new sign Disney Guests encounter when visiting Magic Kingdom Park.

Stay tuned to Inside the Magic as we will cover all of the news regarding Disney World 50th anniversary.

Are you excited to see Dante in EPCOT for Disney World’s 50th Celebration? Let us know in the comments below!

Comments Off on Beloved ‘Coco’ Dog, Dante, Gets Statue For Disney World 50th