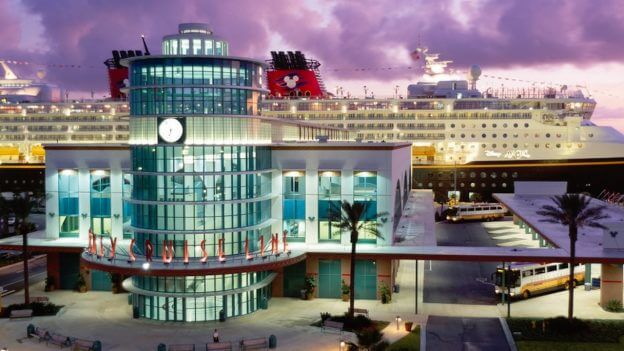 For months, the U.S. Centers For Disease Control and Prevention (CDC) has been fighting a legal battle against Florida Governor Ron DeSantis for the right to resume cruises with mandatory COVID-19 protocols in place.

The State of Florida officially sued the CDC and the President Biden administration over cruise restrictions in April, and just last month a district judge in Tampa ruled that the CDC’s regulations should, in fact, be thrown out.

Now, in a rare win for the CDC, a federal appeals court has stepped in to issue a stay of the previous order. Per a Forbes report today:

…last night at 11:50 p.m., just 10 minutes before that ruling was about to take place, a federal appeals court issued a temporary stay while the CDC appeals the earlier decision.

That keeps the CDC’s Covid-19-related regulations regarding cruise ships in place—at least for now—in the state that is home to the three largest cruise ports in the United States.

Intriguingly, Disney Cruise Line — whose fleet currently includes the Disney Dream, the Disney Fantasy, the Disney Magic, and the Disney Wonder — just completed its first U.S. test cruise, the first step to getting back to the high seas with paying passengers onboard.

It is not yet known precisely how this new federal appellate order will impact DCL and other cruise operators who are hoping to resume itineraries from Port Canaveral, Port Everglades, Port Miami, and other Florida departure ports.

Related: After Its Delay, Disney Cruise Line’s Test Sailing Set For THIS WEEKEND

“We are disappointed that the Obama and Clinton-appointed appellate judges found it appropriate to stay the trial court’s injunction and thus continue the CDC’s unlawful stronghold on an entire industry—costing Florida and its tourism industry hundreds of millions of dollars,” said Christina Pushaw, the governor’s press secretary, in an email. Steven Merryday, the U.S. District Judge who ruled in favor of DeSantis, was appointed by George H.W. Bush.

“While we remain confident in eventual success on the actual merits of this litigation, we are considering options for immediate appeal to reinstate the trial court’s injunction that enjoined the CDC’s No Sail Orders as unconstitutional and lacking congressional authority,” said Pushaw.

At this time, the next step in the ongoing legal battle between the State of Florida and the CDC is not known.

As for Disney Cruise Line, an official domestic return to sailing date has not been set, though Walt Disney Company CEO Bob Chapek is optimistic cruises could return by this fall.

Are you hoping to set sail with Disney Cruise Line again soon?