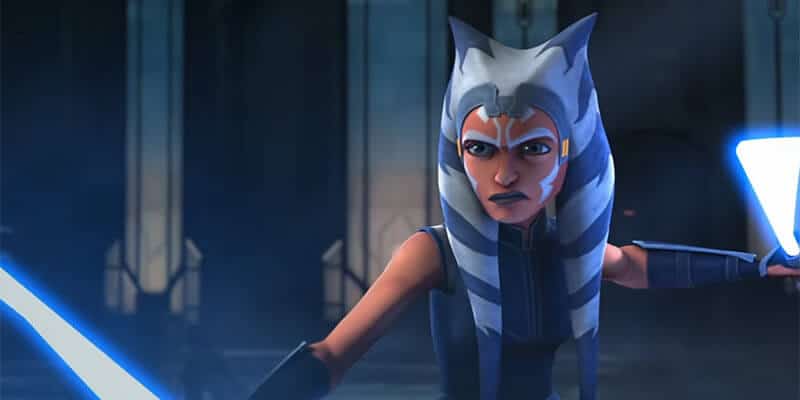 The 48th Annual Daytime Emmy Award nominations are in, and animated series Star Wars: The Clone Wars has received nods in three categories.

Per the official announcement on StarWars.com:

The final season of Lucasfilm’s Star Wars: The Clone Wars has received nominations for the 48th Annual Daytime Emmy Awards in the following categories:

Created in 2008 by George Lucas, and shepherded by supervising director Dave Filoni, the series has won four Emmy Awards and introduced fan-favorite characters Ahsoka Tano and Clone Captain Rex while expanding on the tales of Anakin Skywalker, Padmé Amidala, Obi-Wan Kenobi, and others. Following years of enthusiastic support — including the #SaveTheCloneWars viral campaign — Disney+ and Lucasfilm revived Star Wars: The Clone Wars in 2020 for one final season. These last episodes allowed storytellers to bring the series, and its beloved characters, to an emotional conclusion at the end of the Clone Wars conflict, cementing the series as an essential piece of Star Wars lore.

This show, which currently airs every Friday on the Disney+ streaming platform, follows the four-episode Clone Force 99 story arc from the final season of Clone Wars. The elite squad of clone troopers — Hunter, Wrecker, Tech, Echo, Crosshair, and newcomer Omega — have found themselves in a number of scrapes as they navigate the early days of the Galactic Empire following Emperor Palpatine’s execution of Order 66.

Captain Rex (Dee Bradley Baker), the Martez sisters — Trace and Rafa –, and bounty hunter Cad Bane (Corey Burton) have all already made appearances in the show.

Are you excited about the final season of Clone Wars receiving multiple Emmy nominations?