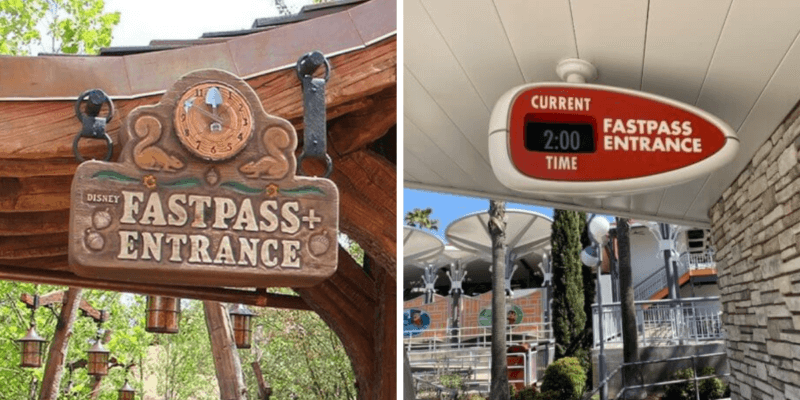 All Images Credit Inside the Magic

The time has come, the visitors said, to talk of many things. Okay, really just one thing: FastPasses. With both Disneyland and Disney World able to operate at full capacity — even though they are not quite there yet — wait times are on the rise. They will most likely get worse as the East and West Coast theme parks enter their busiest season, summer.

That leaves one very important question: When will Guests see the return of the much-loved and now, much-needed, FastPasses?

Before the pandemic forced the theme parks to shut down, Walt Disney World offered Guests what they called FastPass+. This system allowed Guests to book FastPasses up to 60 days in advance if staying on Disney property, 30 if you only book theme park tickets. Guests could book up to three FastPasses per day in advance and one FastPass at a time after that.

Disneyland decided to stick with the original FASTPASS system, where Guests could book one FASTPASS at a time at recognizable kiosks found near attractions that had FASTPASS availability. However, in 2017, Disneyland introduced the MaxPass — which, for an additional fee, allowed Guests to book a FASTPASS on their phone. MaxPass would show Guests which rides had FASTPASS availability, and they could select which one they wanted.

Now that the theme parks are reopened and gradually increasing capacity, many fans, including myself, believe it is crucial that FastPasses be brought back as soon as possible. Wait times have been steadily increasing at all Disney theme parks, and Guests may soon become impatient with having to wait hours in line with no other alternatives. It is probably safe to assume that Disney does not want that.

The return of the FASTPASS system may be especially needed at the Disneyland Resort. Disneyland is considered a “locals Park” and, before the shutdown, many of those who visited The Happiest Place on Earth lived in the area and a high number of them were Annual Passholders. Disneyland canceled their Annual Pass Program during the COVID-19 shutdown, and now all Guests must pay for a ticket each time they want to visit.

When Disney World, and then Disneyland reopened, maintaining physical distancing on rides as well as in ride queues was extremely important as they tried to keep Guests safe. However, both theme parks are now filling rides to full capacity and no longer enforcing social distancing. That means that ride vehicles can be filled to capacity and ride queues can be filled. Since keeping the lines moving for physical distancing is no longer a priority, it leaves many of us wondering just how long it will be until amenities like FastPass will return.

Neither Disneyland nor Disney World has announced when they will be reinstating FastPass+, MaxPass, or basic FASTPASS systems in the theme parks. However, summer is almost upon us and that means peak travel season for Disney. Hopefully, Disneyland and Disney World will make these hot weather months more bearable by giving Guests what they really want — the ability to book FastPasses and maximize their theme park experience.

Do you think it is about time Disney brings back its FastPasses? Let us know in the comments!

CLICK HERE to book your magical Disney getaway with our friends at Academy Travel today!