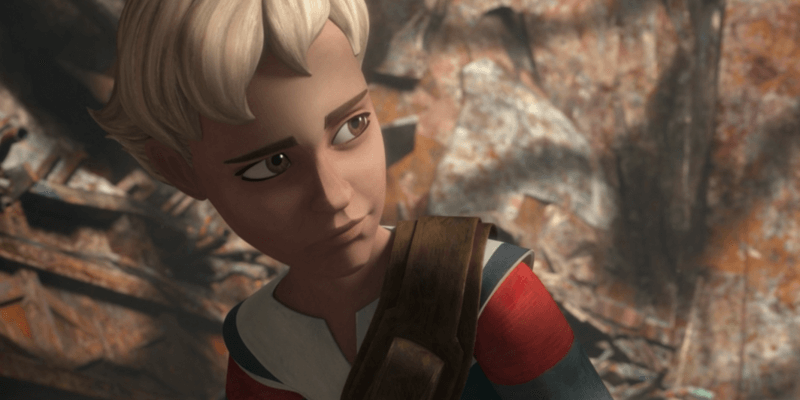 When Jon Favreau’s The Mandalorian debuted in 2019, the world was not only introduced to Pedro Pascal’s Din Djarin and “Baby Yoda”, but to an untapped universe of Star Wars possibilities.

While The Mandalorian showed Star Wars fans what happened after the events of the Galactic Empire’s downfall, the latest Disney+ show is highlighting its rise to power. And yet, despite the Empire’s notoriety, The Bad Batch is proving that enemies are everywhere and some are seemingly more deadly than the Empire itself.

The Bad Batch comes from Lucasfilm’s golden boy, Dave Filoni. As the current executive creative director of the Star Wars studio, where he also serves as executive producer, Filoni’s The Bad Batch arrived via hyperspeed on Star Wars Day (May 4) with a feature-length premiere. With the groundbreaking storytellers at Lucasfilm, the landmark animated series — the first to fully debut on Disney+ — details the unique squad of experimental clones’ journey.

Bringing Clone Force 99’s escapades to the forefront of the show — where they take on a number of mercenary missions following the aftermath of Order 66 — Star Wars‘ latest animated series joins the likes of The Mandalorian, Star Wars: The Clone Wars, Star Wars Rebels, and Star Wars Resistance in the television canon. Dee Bradley Baker reprises his role as all the members of the clone squad.

The Bad Batch is also playing with the severity and lasting legacy of Chancellor’s Palpatine’s Order 66. In the wake of its execution, fans saw that a young Caleb Dume survived, thanks to Hunter, which effectively gave the Jedi Kanan Jarrus his origin story. Fans saw how the clone trooper’s inhibitor chips can be altered — like when Admiral Tarkin made Crosshair turn on his squadmates in Episode 1, “Aftermath”.

The new Star Wars show did more than this, though, going deeper into what Order 66 means for clones everywhere throughout the republic, effectively turning them into militarised slaves in this rapidly changing galaxy since the Clone War. Now, the latest episode of the animated epic has proven again that not everything is as it seems in the Star Wars galaxy.

Spoilers ahead for The Bad Batch Episode 8, “Reunion”

As the new episode title suggests, Clone Force 99 was reunited with their former Bad Batch member, Crosshair. It didn’t turn out well for anyone during the skirmish on Bracca — yes, Bracca as in Cal Kestis –, but the ending of the episode saw another questionable character reveal themselves by using a returning villain to execute their plan.

As Hunter and Omega were escaping Crosshair and the clone army he’d brought with him, the two ran into Clone Wars fan-favorite, Cad Bane. The bounty hunter is notorious in the Star Wars universe, often getting tangled up in one nefarious scheme or another. However, it is his arrival here that signals a shift for the series.

This isn’t the first time a bounty hunter has shown up to try and capture Omega. Ming-Na Wen made her Fennec Shand live-action debut earlier on in The Bad Batch, and even though her plan failed, the future companion of Boba Fett proved quite the match for the formidable crew. “Reunion” reveals that it is the Kaminoans who are behind the bounty hunter attacks and their main mission is to retrieve the “young clone intact”.

The Bad Batch has hinted a few times that Omega is an exceptionally rare clone. While the rest of Clone Force 99 are elite clone troopers made from the template of Jango Fett’s DNA, Omega’s origins are proving somewhat mysterious. If the Kaminoans’ attempts at reclaiming her are anything to go by, she must be rather important indeed.

Clone Force 99 has continuously defeated and evaded the Galactic Empire, but it is the orchestrations of the Kaminoans that have left the squad fighting for their lives. Both times Hunter, Wrecker, Tech, and Echo have gone up against bounty hunters, the squad has come out pretty worse for wear on the other side. In the case of Cad Bane, Hunter was actually overthrown in a rather spectacular gunslinging showdown.

It seems Kamino will do anything in their power to get Omega back, even if that means wiping the Bad Batch crew out of the galaxy.

Why do you think Kamino wants Omega back so desperately?