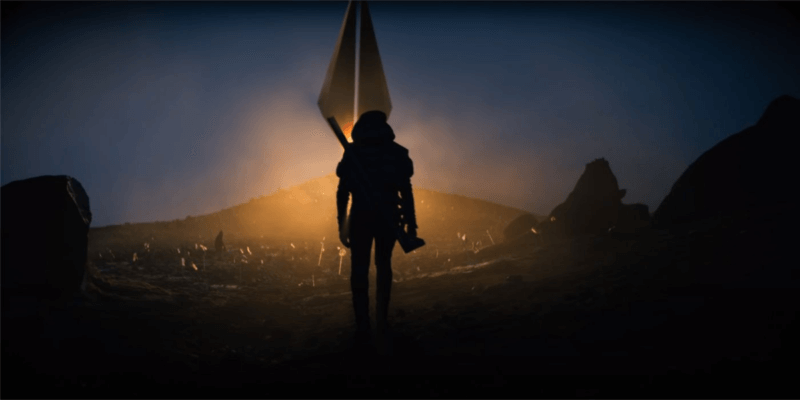 Apple’s Foundation just received its second trailer, and the upcoming series seems to be the company’s answer to Star Wars.

Speaking of Dune, director Dennis Villeneuve’s adaptation of the book by the same name and remake of the 1984 film is set to debut on October 22, 2021. Coming out only a few weeks after Foundation makes its way to Apple TV+, marking two huge milestones for science fiction. The sci-fi genre has not had a great run of it in theaters lately — even before the COVID-19 pandemic –, especially when it comes to creating engaging new outer space genres other than Star Wars and Star Trek.

In addition, by George Lucas’s design, Star Wars and The Mandalorian are more Western-meets-space opera than actual “sci fi,” which is commonly connected with speculative phenomena that is not generally accepted by mainstream science.

While the Star Wars sequel trilogy played it safe with exploring new worlds, introducing strange extraterrestrial lifeforms, or really pushing a unique story, Foundation seemingly flips the script on a well-known genre because, in part, it created it.

Showrunner David Goyer mentioned Foundation‘s major influence over Star Wars and the massive undertaking it has been to bring the novels to the streaming screen.

“People have been trying to make Foundation for over 50 years,” Goyer stated. “Foundation was an enormous influence for Star Wars. It was the greatest science fiction work of all time. The story is sprawling; the scope is sprawling. It unfolds over the course of a thousand years.”

Author Isaac Asimov wrote his revolutionary Foundation novels throughout the 1940s and 1950s, dominating the science fiction world with his Hari Seldon character that stood against a tyrannical empire on the brink of galactic domination. Much like what J.R.R. Tolkien did with Middle-earth, Asimov crafted an entirely new world that would continue to fascinate and inspire new readers, including George Lucas.

Isaac Asimov’s galaxies were found on bookshelves decades before George Lucas would introduce a “galaxy, far, far away” to the world in 1977. And much like Star Wars, Foundation starts in the middle, with Asimov crafting sequels and prequels years after his first stories were released. Asimov’s Hari Seldon isn’t George Lucas’s Luke Skywalker, but the two share similar characteristics and stand for the best of humanity.

We’re not saying Lucas stole from Foundation‘s to craft his own Star Wars universe and the Skywalker Saga. In fact, George Lucas pulled themes from Japanese Samurai films (Seven Samurai (1954)), American westerns (The Magnificent Seven (1960)), and other science fiction films, like Flash Gordon (1936) and Metropolis (1927). The best directors and writers borrow and sometimes steal from each other to create their own masterpieces.

Those four titles are just from the top of the head, as the Foundation trailer showcases numerous thematical elements from other important movies and stories, like Lawrence of Arabia (1962).

It also looks like Apple fashioned Foundation‘s trailer similar to that of the Star Wars trailers so that the new streaming series could appeal to this market of super nerds (including myself).

Look closely, and you’ll see themes of starships flying over a frozen landscape, much like the Rebel Alliance T-47 snow speeders did over Hoth in Empire Strikes Back as they protected their Echo Base from the Empire. You’ll also catch the imagery of stormtrooper-like armor on those in power, with robes and rudimentary weapons being sported by rebels. On top of that, we even see grand space battles, which, technically, aren’t just related to Star Wars, but give off the vibe of the prequels.

The stories aren’t the same, of course. But, both share a galactic empire on the brink of crumbling without them even realizing, as well as Jedi-like followers of Hari Sheldon, Foundation‘s Luke Skywalker-like character. Lee Pace’s Brother Day isn’t Darth Vader, but both share this overpowering persona that isn’t flushed out or misused.

Coming to Apple TV+ on September 24, 2021, Foundation is helping bring the core of science fiction back into mainstream media and tell a rather unknown story to the masses for the first time on the streaming screen.

Do you think Apple is trying to make their own Star Wars? Let us know in the comments below!

Comments Off on Is Apple Trying to Crack George Lucas’s ‘Star Wars’ Code?