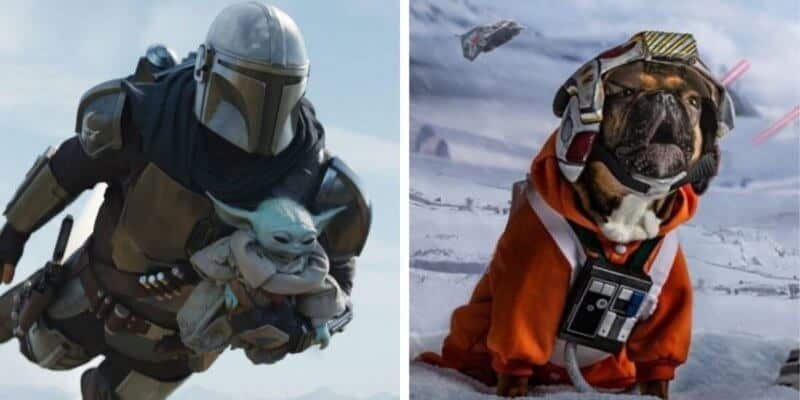 It is no surprise to hear that Star Wars has a huge fandom, but perhaps the biggest project to come out of the franchise since George Lucas sold it to Disney in 2012 is Jon Favreau and Dave Filoni’s The Mandalorian, which can be found on Disney+.

The Mandalorian has had two incredibly successful seasons where viewers have fallen in love with the incredibly cute Jedi in the making, Grogu (AKA The Child AKA Baby Yoda), Din Djarin (Pedro Pascal), and the controversial Cara Dune (Gina Carano). The series has won Emmy Awards, is renewed for a third season, and has paved the way for more spinoff shows, like The Book of Boba Fett and Ahsoka.

Although The Mandalorian may have broken streaming records, humans are not the only ones who want to find out what will happen next when it comes to the Darksaber.

This was the lowest heart rate out of the nine shows the study tested.

Coming in second was Stranger Things, so it seems that dogs surprisingly prefer shows with a more serious and dramatic tone, as shows like Malcolm in the Middle did not do so well.

The study was conducted to help dog owners play something on their TV that would calm their dogs when they left the house, as many pets have separation anxiety. So, it seems that the next time you decide to head out of the house and leave your dog behind, turning on Disney+ and playing The Mandalorian is a great idea!

Unfortunately, both humans and dogs will have to wait a while for Season 3 to debut as there is no official release date as of yet. Predictions are that the show will arrive in early 2022 after The Book of Boba Fett wraps up. Showrunner Jon Favreau has confirmed that The Book of Boba Fett will debut in December 2021.

Will you try playing The Mandalorian the next time you leave your dog at home?