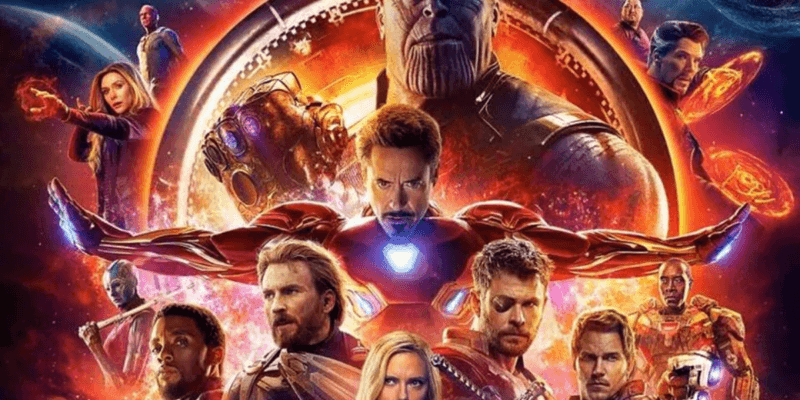 Related: Marvel Releases HUGE Tease For Fantastic 4 in the MCU

While this huge MCU anniversary saw fans rejoice over Iron Man, a lawsuit against the movie studio continues to take shape. A Canadian-based comic book publisher is claiming that The Walt Disney Company and its subsidiary, Marvel Entertainment, stole costume design concepts relating to superheroes like Iron Man and Ant-Man spanning multiple years.

Per CTV News, — who also show the costume similarities — the Montreal business alleges the following:

Horizon Comics and its founders Ben and Raymond Lai allege that Marvel used their designs without consent or compensation and are suing for damages and an injunction “to put an end to this deliberate and persistent infringement, and to order the defendants to pay compensatory and punitive damages to the plaintiff, in addition to Horizon’s costs, including solicitor-client costs,” the suit reads.

Horizon Comics was founded in 1995 and is part of the Image Comics brand, a competitor to Marvel Entertainment. The stolen costume designs in question come from the three-part “Radix” series that was published between December 2001 and April 2002. According to the lawsuit, the comic series “gathered substantial interest in the comic industry and sold tens of thousands of copies in Canada and the USA”.

The Lai brothers allege that Marvel knowingly stole armor concepts from their “Radix” series, taking advantage of their distinctive design and using it in their own costumes for the MCU.

On who is taking charge of the lawsuit, CTV News reports:

The suit says Marvel’s now editor-in-chief, Chester Bror Cebulski, approached the Lai brothers to work as artists for Marvel based on the popular series, but they declined the offer.

The comic book duo has taken on Disney and Marvel before the release of Shane Black’s Iron Man 3 (2013), when they claimed that the official movie poster closely resembled one of their “Radix” illustrations. Although, at the time the lawsuit would be dropped due to being too financially draining.

The Lai brothers tackled another infringement in 2002 when the Massachusetts Institute of Technology (MIT) used an illustration to create the Institute of Soldier Technology using a $50 million grant. MIT acknowledged the similarities and issued an apology. After this copyright battle, the Lai brothers actually went to work for Marvel in 2002, working on their “Thor” and “X-Men” comic franchises.

On whether the Lai brothers gave explicit consent to Marvel for the use of their design concepts, the report says:

“Neither Horizon or the Lai brothers have provided any form of consent, explicit or implied, for the reproduction of their Works, […] To the contrary, Horizon previously instituted a full legal action in the United States to enforce its rights in part of the Works. After this first legal claim, Marvel infringed Horizon’s copyright in an even more egregious manner.”

The allegations have yet to be proven in court and Marvel Entertainment has not issued a response to either the Lai brothers or Image / Horizon comics.

Marvel’s Phase 4 continues this summer with Tom Hiddleston’s Loki and the big (and small) screen release of Black Widow (2021) starring Scarlett Johansson. Towards the end of 2021, Chloé Zhao’s Eternals (2021) will finally make its debut. Next year will see both Loki and Wanda Maximoff / Scarlet Witch (Elizabeth Olsen) join forces with Doctor Strange (Benedict Cumberbatch) in the sorcerer sequel, Doctor Strange in the Multiverse of Madness (2022).

What do you think of Marvel being sued?