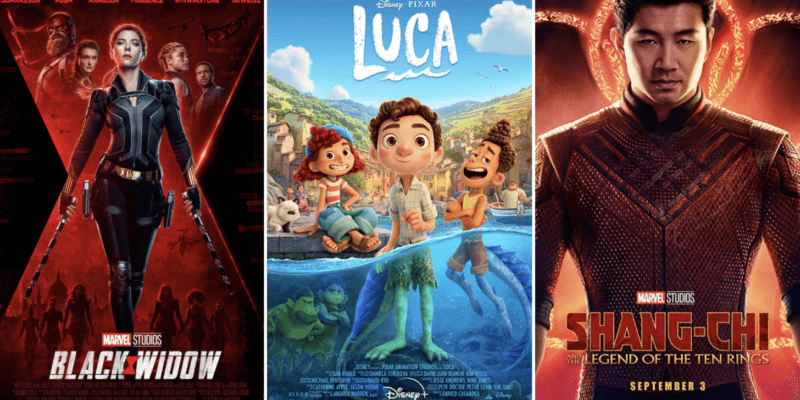 When The Walt Disney Company found itself dealing with the effects of the pandemic, there was not a department that remained unchanged by a shifting global society. Josh D’Amaro’s Parks, Experiences and Products division saw all six of its theme parks closed and Disney Cruise Line docked for well over a year, with no domestic return in sight. Then, Disney’s bread and butter — movies and TV shows — were forced out of theaters and onto the brand new Disney+ streaming platform.

Disney+ debuted on November 12, 2019, and the streaming service immediately became a smash hit thanks, in large part, to Jon Favreau and Dave Filoni’s Star Wars series, The Mandalorian. Then, by March, the COVID-19 pandemic had impacted nearly every industry and Disney+ began growing faster than anyone ever expected, due largely to the worldwide movie theater shut down.

As a matter of fact, The Walt Disney Company completely restructured to focus on direct-to-consumer content, naming Kareem Daniel the head of this brand-new division. Today, during a J.P. Morgan Chase keynote interview, CEO Bob Chapek spoke about Disney’s pivot toward streaming instead of theatrical releases.

“Flexibility [in regard to movie releases] is good. There are two dynamics going on. People’s willingness to return to theaters and theaters’ ability to return in a meaningful way.”

The Walt Disney Company CEO also noted that Disney has begun “celebrating flexibility” in regard to how they bring film and television content to their consumers, particularly as they are seeing a “hesitancy to return” to traditional movie theaters, particularly in the United States.

Chapek specifically spoke about highly anticipated upcoming films like Marvel’s Black Widow, an Avengers prequel starring Scarlett Johansson reprising her role as Natasha Romanoff/Black Widow. It will debut in July with a simultaneous release in theaters and on Disney+ Premier Access (Disney’s way of allowing subscribers to pay an additional fee and get access to the film months before everyone else).

After multiple delays — the movie was originally slated for a May 2020 release — Chapek said Disney and Marvel Studios didn’t feel they could push the film again, nor did they want to “put all our eggs in the theatrical exhibition basket” with the United States movie theater market “still fairly weak.”

Chapek noted that “We’re really confident that we made the right call there,” in regard to Black Widow’s release.

Chapek also spoke about the upcoming Pixar movie, Luca, which will release for free on Disney+, with no theatrical debut. This is exactly how Pixar’s Soul was released on Christmas Day 2020.
Despite reports that some Pixar Animation Studios employees are unhappy and “demoralized” due to Luca skipping theaters, Chapek said Disney must keep “feeding that machine [Disney+]”. He also said, “We believe that Luca will get a lot of eyeballs, a lot of people seeing it as we put it on the service for free this summer.”

Chapek indicated that executives hope Luca will give Disney+ the same boost that Oscar-winning Soul did during the holiday season last year.

He also confirmed that moving forward, Disney has not yet decided whether they will return to a focus on theatrical releases, again reiterating the company’s new commitment to flexibility for consumers.

Chapek noted that it is likely that films that are released to theaters will see a much shorter window than they previously did, specifically citing the upcoming 45-day theatrical releases for both 20th Century Studios’ Free Guy and Marvel’s Shang-Chi and the Legend of the Ten Rings.

What do you think about the new Disney streaming focus?

If you are interested in purchasing the Disney bundle, featuring Disney+, Hulu, and ESPN+, visit Disney+. You can also catch up on new episodes of shows like Dave Filoni’s Star Wars: The Bad Batch and rewatch Marvel Studios hits like WandaVision and The Falcon and the Winter Soldier 24/7.