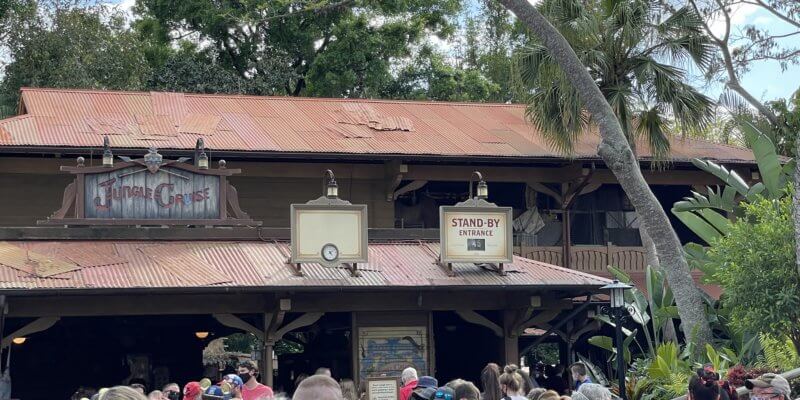 As things have continued to evolve at Walt Disney World Resort over the past months as the pandemic continues to surge throughout the world. To keep both Guests and Cast Members safe, Disney has significantly changed many of its offerings.

One big thing that has been missing since Disney World reopened its theme parks last summer amid the pandemic is FastPass+. FastPass+ allowed for Disney World Guests to make selections for up to three attractions or shows at a time which would allow them to bypass the standby line and wait in a much shorter line.

During the pandemic, only the standby line has been offered at Magic Kingdom, Disney’s Animal Kingdom, EPCOT, and Disney’s Hollywood Studios. At the moment, we have seen offering such as Park Hopping return, but Disney has yet to comment on if and when FastPass+ will. For now, FastPasses are still suspended.

That being said, we are slowly starting to notice some of the signs for FastPass+ return times disappear. First, we saw Tomorrowland’s Space Mountain’s sign get covered up, then, over in Animal Kingdom, Kilimanjaro Safari covered up their FastPass+ sign. When we asked a Cast Member at the attraction about this, they noted that all they knew was that the sign would remain covered for now.

Well, in Adventureland at Magic Kingdom, the Jungle Cruise attraction has also rid their entrance of a FastPass+ sign. So, what does all of this mean?

Again, Disney has not yet commented on the removal of any signage, and rest assured that Disney has only said FastPass+ is suspended for the time being, so the rest of this article is purely speculation. However, considering that FastPass+ has been suspended, more than likely these signs are covered up in order to reduce confusion among Guests.

It may be possible that Disney is going to be refreshing the FastPass+ signs, or perhaps the theme parks will be bringing back FastPass+ in a new way ahead of the 50th anniversary. The company hasn’t confirmed or even hinted at this, but many Disney fans are wondering why FastPass+ return time signage is only removed from some attractions and not others, especially since FastPasses have been suspended since last July.

We also previously discussed that perhaps Disney is getting ready for the 50th anniversary celebration, during which the parks will welcome many new Guests who have never been to Disney World before, and having signage up for an offering that is not available could be confusing to any first-timer.

But, more recently, I, personally, had another thought. We previously reported that there is a chance Disney will be able to up their capacity by the summer if the vaccine rollout continues to progress throughout the United States. If this does happen, that means that queues — which, due to the six-foot distance between parties, already extend throughout the parks for certain attractions such as Seven Dwarfs Mine Train — will only get longer.

Related: Virtual Queues Are Coming to Disney. Here’s What Fans Are Saying!

But, if Disney were to use the FastPass+ queue to provide more space for the standby line, this could significantly decrease the amount of crowding that has been occurring past the attraction queues and will only continue to occur as more people visit the parks.

Of course, that theory has its challenges as many FastPass+ queues are much shorter, but I still think that there could be a way to utilize that unused space to create less crowding in the actual park itself due to long lines.

Not every attraction that previously offered FastPass+ is having the FastPass+ return time sign removed, but slowly more Guests are noticing that some FastPass+ signage is completely blank.

Stay tuned to Inside the Magic as we continue to report on all of the offerings at the Walt Disney World Resort.

Would it be okay if Disney removed FastPass+? When do you hope this amenity will return?