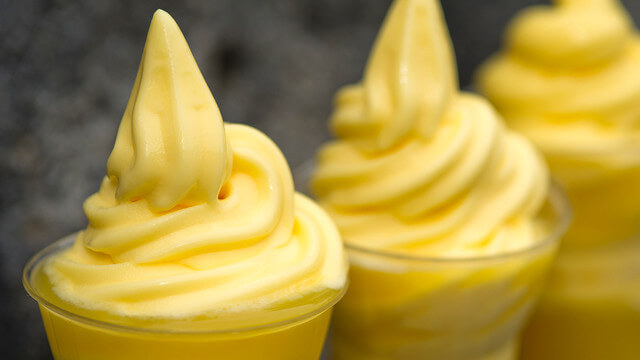 In just about two weeks, Disneyland’s fans will be lined up at the gates to welcome the reopening of the Disneyland Resort! We are thrilled to witness all the new refurbished rides, including Haunted Mansion and Snow White’s Enchanted Wish, but one item has been lingering in our minds — Disneyland’s Dole Whip!

As Disneyland Resort prepares for its official reopening on April 30, many Disney Imagineers and Cast members are hard at work, making sure each land is in pristine shape for Guests’ return. As of now, King Arthur Carrousel in Fantasyland is completely refreshed with paint and ready to ride and Cast Members are learning new dress code guidelines as they prepare to head back to work.

Some Cast Members are even already back inside the Parks testing rides and getting back to work at treat stations!

The official Disney Parks TikTok account shared Cast Members inside the Parks during the closure, trying out the Disneyland Dole Whip machines, making sure they are ready to go on reopening day!

While Disneyland Park and Disney California Adventure Park are preparing to safely reopen, we can all agree that bringing back our favorite treats and rides bring the magic back to our Disney-loving lives!

Dole Whips have been a famous treat within the Disney community ever since Disneyland’s Enchanted Tiki Room in Adventureland began serving this soft serve treat in 1986. This gluten-free and vegan option is now available in a wide variety of flavors at Disney Parks around the world!

Recently, we covered a popular flavor that debuted in 2018 in Disney’s California Adventure, the lemon Dole Whip! Guests have shared some amazing reviews of this delicious Dole Whip treat, which you can find at the Adorable Snowman Frozen Treats stand on Pixar Pier.

Inside the Magic even gave this Dole Whip flavor a try at the sold-out A Touch of Disney event that is currently being celebrated until April 19 at Disney California Adventure. We tried the pineapple (Dole Whip’s original Flavor) with lemon which swirl option, which you can order in a cup or as a cone!

Are you a Disney Dole Whip lover? What’s your favorite Dole Whip concoction? Let us know in the comments below!

Do you need some guidance in planning your next Disney adventure? Our friends at Academy Travel can help, Click the link for more information!