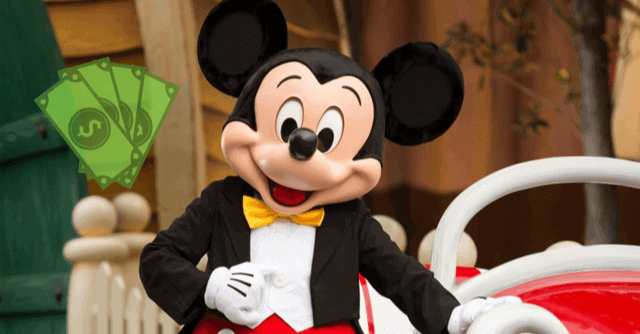 We are just a couple of weeks away from the reopening of Disneyland and Disney California Adventure Park! There is definitely excitement and anticipation in the air. However, as Disney fans are getting ready for Thursday, April 15 — when they can purchase their tickets and reserve their park days — it has become clear that not everyone is happy about the cost of returning to the Happiest Place on Earth.

Related: How Much Will Disneyland Tickets Cost? What We Know!

Last week, Disneyland released official information about ticket prices, including the tiered ticket system for one-day tickets. Even though the tiered pricing system hasn’t changed since 2020, many fans were still taken aback by how much it will cost to visit Disneyland on reopening day. (For an adult, a one day, one park ticket for April 30 will cost $154.)

Judging from reactions, Disneyland park-goers seem to be a bit split when it comes to the cost of returning to the Happiest Place on Earth. Some are willing to spend upwards of $100 to visit Disneyland as soon as possible. Others see Disneyland as a luxury purchase amid the pandemic. And there are many fans who believe the prices of Disneyland theme park tickets are much too high given the hard times that many individuals have experienced in the past year.

Related: Heading to Disneyland For the Reopening? Where You Can Stay!

“It’s all about the money. Pent-up demand allows Disney to have astronomical prices for those who can afford it. The Walt Disney Company knew this would happen so they’re having a slow roll opening to take advantage of the demand. In other words, people are willing to pay crazy prices, so the Disney Company’s strategy is to take advantage of the fans’ hunger for this entertainment until the demand dies down a bit.”

Some fans believe that the prices are “ridiculous” after how the pandemic has affected people. ITM reader Kay had this to say:

“Ridiculous prices. People have been out of work. Lost their homes cars. And you want to charge that much for somebody to make the kids happy. Sorry Disneyland is not worth it”

As for ITM reader Gabriela, shared a different perspective. She feels that Disneyland is already a “luxury expense” and that the prices reflect that:

“Disneyland is not a place that you need to go nor that you should go during this time it is very much a luxury expense. So because it’s a luxury expense I don’t think the prices are out of hand.”

Another fan and Inside the Magic Facebook follower seems to be just excited at the fact of returning no matter the price. Natasha said:

“Who cares, take my money”

There are a variety of reasons why some Disney fans aren’t willing or able to purchase tickets to visit Disneyland, at least for right now. But whether you deem Disneyland ticket prices too expensive or not, there are still plenty of Disney fans who can’t wait to return to the Happiest Place on Earth and plan to purchase tickets to do so (even if it costs hundreds). Thousands of California residents and former Annual Passholders (now known as Legacy Passholders) are willing to pay these prices to visit both parks — Disneyland Park and Disney California Adventure Park — when they reopen.

If Universal Studios Hollywood is already sold out for the opening weekend, then we wouldn’t doubt that the Disneyland Resort theme parks will sell out, too, given the limited capacity. And in the future when the resort opens up to visitors coming from out of state, we’re willing to bet that there are thousands more Disney fans who will be ready to pay the price for a magical Disneyland vacation, no matter how much it may cost.

What do you think about the current price list for Disneyland tickets? Will you be purchasing your tickets this Thursday before Disneyland opens on April 30? Let us know in the comments!