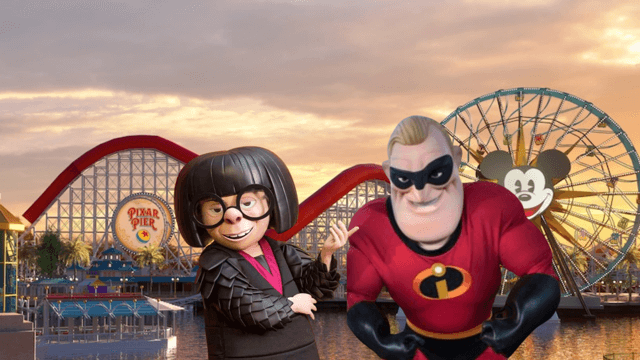 The Disneyland Resort is getting close to its official reopening on April 30! In the meantime, the resort’s A Touch of Disney event has been welcoming Guests who are excited to experience a bit of magic!

Related: How to Make a Reservation For Disneyland

Now, A Touch of Disney is beginning to roll out even more character experiences as we near the theme park property’s official reopening. Although Disney California Adventure Park doesn’t fully reopen until April 30, the event has allowed Guests to roam the park (except for Avengers Campus, which opens June 4, 2021) and indulge in some classic Disney foods and treats.

Keep in mind, these character experiences will continue to be safely distanced as the park is in compliance with a variety of pandemic-era health and safety protocols. However, even from a safe social distance, these make for great photo opportunities that you do not want to miss!

Thanks to Denny (@finding_denny) on Instagram, we have learned that a new character has made an incredible appearance at A Touch of Disney — Mr. Incredible himself! Denny noted, “They brought out more characters today!”

It seems as though Guests visiting the event may catch a glimpse of Mr. Incredible in the queue of the Incredicoaster. And, judging by the video on this Instagram post, he’s excited to be back and interacting with fans!

We hope this means that more of our favorite Pixar pals will make appearances during the remaining days of A Touch of Disney. The event ends on April 19.

Maybe, though, we can look forward to appearances by Woody and Buzz, Mike and Sulley, or even Remy and Emille! Disney, however, has not confirmed that any of these characters will show up, but never say never when it comes to Disney magic.

As the parks prepare for reopening, we can look to the near future and the excitement of character experiences again. Even though these experiences will be different than what Guests are used to, the magic will feel the same.

Which characters are you excited to see again? Are you going to A Touch of Disney before the event is over? Let us know in the comments!

Comments Off on More Pixar Pals Make Their Debut at A Touch of Disney!