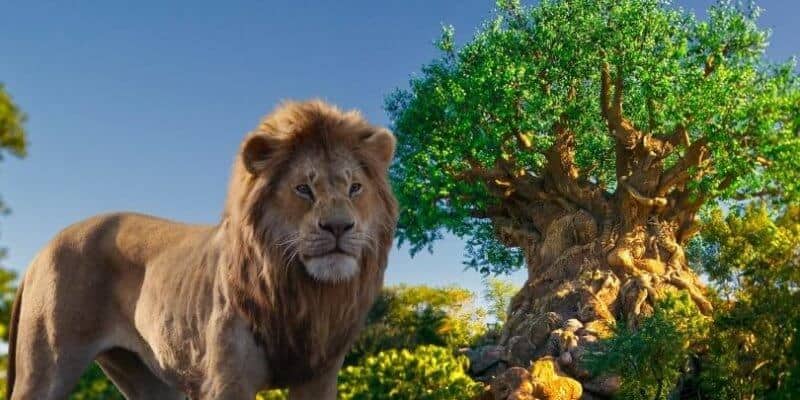 In 2019, the remake of The Lion King took the world by storm as it quickly broke records, even becoming the highest-grossing animated movie.

To this day, Disney fans everywhere are still watching the Jon Favreau film on Disney+ as they can’t get enough of Billy Eichner as Timon and Seth Rogan as Pumbaa.

Well, for all of you die-hard The Lion King fans, what if I told you that you could actually spot the real-life Simba from the live-action remake at Walt Disney World Resort?

That’s right — If you are visiting Disney World in the near future, be sure to hop over to Disney’s Animal Kingdom and ride Kilimanjaro Safaris. When you are transported into the Africa portion, and come across the lion’s den — Keep your eyes peeled because the male lion is actually the model Disney used for Simba in Favreau’s live-action The Lion King.

Our Safari guide told us this bit of information on a recent trip, which you can view in our Instagram post below. (Make sure to turn your sound up!)

More on The Live-Action The Lion King

The official description of this 2019 live-action remake reads:

Disney’s The Lion King, directed by Jon Favreau, journeys to the African savanna, where a future king is born. Simba idolizes his father, King Mufasa, and takes to heart his own royal destiny. But not everyone in the kingdom celebrates the new cub’s arrival. Scar, Mufasa’s brother—and former heir to the throne—has plans of his own. The battle for Pride Rock is ravaged with betrayal, tragedy and drama, ultimately resulting in Simba’s exile. With help from a curious pair of newfound friends, Simba will have to figure out how to grow up and take back what is rightfully his. The all-star cast includes Donald Glover as Simba, Beyoncé Knowles-Carter as Nala, James Earl Jones as Mufasa, Chiwetel Ejiofor as Scar, Seth Rogen as Pumbaa and Billy Eichner as Timon. Disney’s The Lion King utilizes pioneering filmmaking techniques to bring treasured characters to life in a whole new way.

The 2019 version of The Lion King is now streaming on Disney+. A second Lion King movie by Jon Favreau will soon begin production. It is rumored to be a prequel heavily featuring Scar, but this has not been confirmed.

Did you know the model of Simba from the live-action The Lion King was at Kilimanjaro Safaris? Let us know in the comments below.