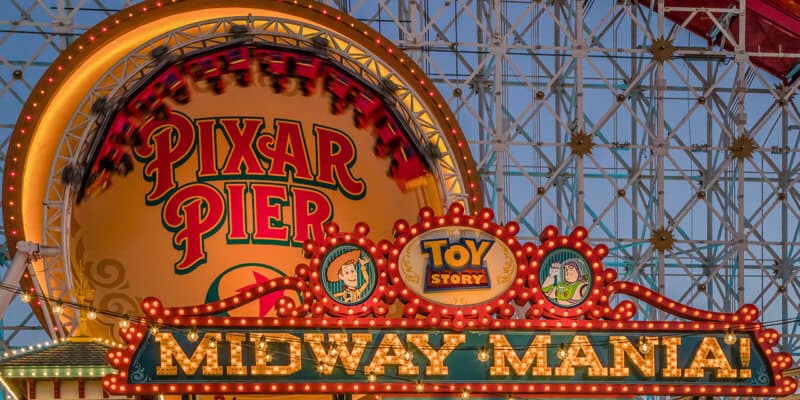 It looks like Disneyland Resort is getting into the final stages of testing for its much-anticipated reopening!  Today, the Ahaheim Howard Johnson hotel’s Mattercam picked up footage of the Incredicoaster running along its track.

Theme park fan Drew took to Twitter to share a clip of the Incredicoaster running this morning — take a look!

The Incredicoaster was testing this morning at California Adventure!

The Incredicoaster was testing this morning at California Adventure! ? pic.twitter.com/gl4cf014R2

Additionally, after publishing this article initially, we noticed that another Disney fan took to Reddit to share that they spotted the Incredicoaster testing while Guests were visiting the park for A Touch of Disney!

Happy to see them testing Incredicoaster today at A Touch of Disney! from Disneyland

The theme parks of the Disneyland Resort have been closed since March 2020 due to the ongoing Covid-19 pandemic, but Downtown Disney has been open since June, and the same Mattercam has captured images of the empty parks.  On March 5, 2021, new California guidelines stated that theme parks could open as early as April 1 if certain conditions were met — as in, as long as the county in which the theme park is located reaches tier 2, the red tier.  Disney executives then announced that Disneyland Resort would be opening up its theme park gates on April 30.  Disney partially opened Disney California Adventure on March 18 for its A Touch of Disney event, but none of the rides are accessible during the event.

So far, this is the latest glimpse that Guests have been given of any ride testing going on at the Parks.  Just this month, Disneyland fans were treated to pictures of Disneyland Park horses practicing back on Main Street.

Disney is also prepping for its official reopening by refurbishing the outside of two popular spots at California Adventure: Ariel’s Undersea Adventure and Cocina Cucamonga.  Certain outside areas of the Little Mermaid ride could be seen with fresh coats of paint and crews were seen working away while guests enjoyed Touch of Disney.  Cocina Cucamonga was still serving Guests during the ongoing construction taking place on the building’s facade.  Previously, the only area of the park available to guests was the Buena Vista Street area, which opened back up on November 19.

Most of the Pixar Pier eateries surrounding the Incredicoaster have remained closed, even during A Touch of Disney.  Most recently, Bing Bong’s Sweet Shop has opened back up for Guests to enjoy. But still, Guests cannot purchase a Jack-Jack Cookie Num-Num as that Pixar Pier dessert is not being sold during the event.

The Incredicoaster opened on June 23, 2018 as part of the Disneyland Resort’s complete overhaul of what was formerly known as Paradise Pier.  Redesigned to feature the Parr family, stars of the 2004 film The Incredibles, the ride was given a major retheme so that it would fit right in on Pixar Pier.  Guests enter the ride vehicle to ride on the Parr family’s new roller coaster, only to have Jack-Jack escape, and now the riders — and Parrs — must chase after him.

It has not yet been announced which rides will be open to Guests once the parks officially reopen and which, if any, will be closed for the time being, but based on the footage provided by the Mattercam this morning, it looks like Incredicoaster will probably be one of them! Disney confirmed the following news regarding attractions reopening:

Classic and favorite attractions will begin to open at both parks—from epic experiences like the new Star Wars: Rise of the Resistance to family-friendly experiences like Peter Pan’s Flight and Inside Out Emotional Whirlwind—plus new magic is coming to Haunted Mansion. Disneyland park guests will also be able to experience the newly reimagined Snow White’s Enchanted Wish.

Which of Disneyland’s rides are you looking forward to riding the most?  Let us know in the comments below!

Click here to book a trip to Disneyland or Walt Disney World!

Comments Off on VIDEO: Disney Tests Popular Ride Ahead of Parks Reopening!