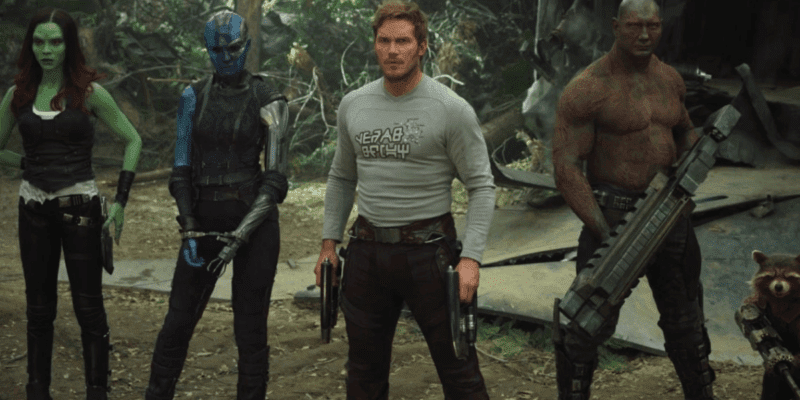 The Marvel Cinematic Universe is up in the air with the ending of WandaVision last Friday and The Falcon and the Winter Soldier premiere just around the corner. Anticipation for Doctor Strange in the Multiverse of Madness and Spider-Man: No Way Home is high. Marvel’s Kevin Feige continues to tantalize fans with hints at upcoming projects. One project, in particular, Guardians of the Galaxy Vol. 3, is yet to receive a release date, but Marvel fans can’t help but ask director James Gunn on possible casting choices for the upcoming film.

James Gunn confirmed that he’s finished three potential scripts for Guardians of the Galaxy Vol. 3 and verified filming would begin later this year. With that news, fans began theorizing about who could play the next villain in the Guardians franchise.

Causing a bit of a debacle on social media, some Marvel fans on Twitter began remarking on Marvel’s casting choice for Adam Warlock, a cosmic being hinted at the end of Guardians of the Galaxy Vol. 2 (2017). Warlock, a cosmic being who has a deep understanding of the Multiverse, has yet to make his MCU debut, but fans are eager to see him star alongside Rocket Racoon (Bradley Cooper), Groot (Vin Diesel), and Star-Lord (Chris Pratt) in the next Galaxy film.

Numerous sources claim that Marvel is in “full-swing” looking for a “Zac Efron type” to play Adam Warlock, but James Gunn quickly corrected those rumors:

There is no casting underway for Vol. 3. And in what world would I only cast a “Caucasian” if the character has gold skin? And if I wanted a Zac Efron type wouldn’t I go to Zac Efron? Where do you get this nonsense? https://t.co/dxZJUMvtVs

Related: ‘Black Panther 2’ Going Forward Without “Glue That Held It Together”

There is no casting underway for Vol. 3. And in what world would I only cast a “Caucasian” if the character has gold skin? And if I wanted a Zac Efron type wouldn’t I go to Zac Efron? Where do you get this nonsense?

Gunn has been in the spotlight lately with his remarks regarding the United States Space Force program and his future involvement with Marvel Studios. Though Disney fired Gunn over old Tweets and then re-hired him, the director is excited to continue his journey with his franchise of rag-tag, galaxy-saving heroes. In fact, the Hollywood director shared he finished the script for Guardians 3 before parting ways with Marvel and then wrote two more after his re-hiring.

Marvel has not confirmed that Adam Warlock will appear in the next Guardians movie, but it makes sense that they wouldn’t let fans know before watching the film. Warlock was rumored to appear in Avengers: Endgame, but that didn’t happen — obviously. However, with the major hints of the Multiverse in WandaVision, Adam Warlock has a clear path to join the Marvel Cinematic Universe and vie with the likes of Thor and Captain Marvel.

While there is no confirmed release date, Gunn verified that production would begin later this year.

Are you excited for Guardians of the Galaxy Vol. 3? Let us know in the comments below!