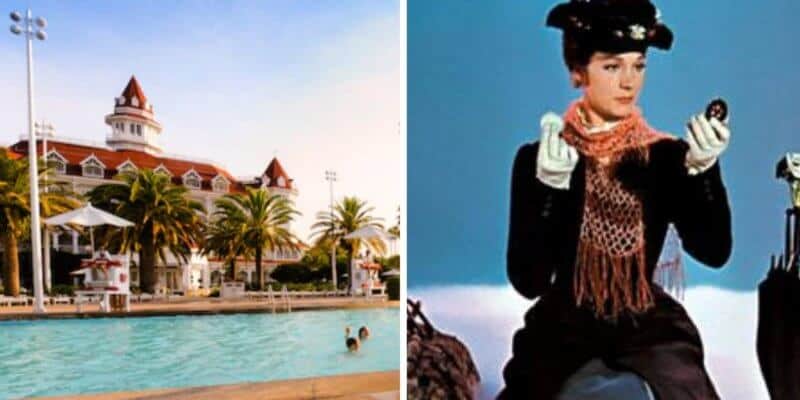 If you are a Disney fan who has visited the Disney World Resorts over the past 10 years, you likely have noticed a shift in theme. When many Disney Resorts were first created — such as Disney’s Contemporary Resort or Disney’s Wilderness Lodge — they were themed to a destination that was meant to transport Guests. Now, many Disney Resorts are integrating IP into their designs.

One of Disney’s more recently built resorts, Disney’s Art of Animation, is a resort full focused on integrating IPs with Finding Nemo, Cars, The Little Mermaid, and The Lion King flooding every room giving Guests the ultimate Disney-filled experience. Most recently, Disney’s Polynesian Village Resort has been put under refurbishment to reimagine the resort with a more Moana-filled experience. The recent photos that were released of the resort’s bedrooms left one Disney fun coming up with their own IP reimagining.

After seeing the reveal of the Moana themed rooms at the Poly, I believe the Grand Floridian needs to re-theme with Mary Poppins being the focus. #DisneyWorld #Resort #Themingforall

After seeing the reveal of the Moana themed rooms at the Poly, I believe the Grand Floridian needs to re-theme with Mary Poppins being the focus. #DisneyWorld #Resort #Themingforall

Disney’s Grand Floridian Resort is described by Disney as,

That being said, there are subtle hints of IP in this resort that give Maria’s suggestion some credibility. If you have ever been to the DVC wing of the resort, you have likely seen the Mary Poppins water fountain that is covered in penguins. The Mary Poppins IP does fit nicely in the elegant decor of the Grand Floridian, especially considering Mary Poppins is so elegant and poised herself. Plus, with the recent Mary Poppins Returns film starring Emily Blunt, the IP has once again been brought back for younger audiences.

Mary Poppins is also already an IP Disney has noted that they want to incorporate more into their parks. Prior to the pandemic, at D23 Disney announced that EPCOT would gain Cherry Tree Lane and a Mary Poppins attraction in the U.K. pavilion in EPCOT. That project has since been put on hold.

Personally, I do not think that the Grand Floridian will be heavily re-themed to any Disney IP yet. It is the flagship resort of the Walt Disney World Resort, and its timeless nature would be disrupted by an IP. But, we have seen Disney move toward the world of IP theming quite heavily, so I would also not be surprised if news such as this were to ever come about. At the moment, however, Disney has not announced any theming changes coming to Disney’s Grand Floridian, so Guests who love the resort need not worry!

Do you think that Disney’s Grand Floridian Resort needs a re-theme to include a Disney IP? Which IP would you pick?

If you want to stay at Disney’s Grand Floridian Resort, and look at Cinderella Castle from your hotel room, or overlook a safari at Disney’s Animal Kingdom, you need to book your Orlando vacation! You can visit Magic Kingdom, Animal Kingdom, Disney’s Hollywood Studios, and EPCOT to celebrate with Mickey Mouse and Minnie Mouse in Orlando. Disney Park Pass reservations are selling fast, so click here to get started!