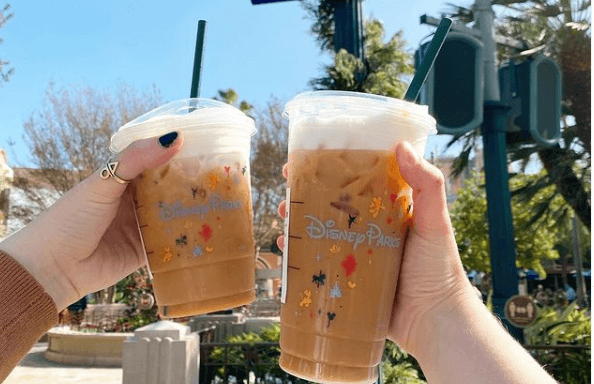 Now that the stay-at-home order has ended, more and more businesses are reopening at Downtown Disney, including Starbucks.

Theme park reporter Paul (@paulsthemeparkadventures) took to Instagram to share the news that Starbucks at Downtown Disney will be reopening on Monday, February 15. Take a look:

Starbucks in Downtown Disney has a reopening date finally! Its reopening Monday 2/15/21

Also, note that at this time, the Starbucks location inside Disney California Adventure Park — known as the Fiddler, Fifer & Practical Café — has not yet reopened. There is still no word on when this DCA dining location will reopen, but we will report back when we know more information. For now, the official website for the Disneyland Resort still says this location is temporarily unavailable.

We don’t know about you, but we think it’s great news that Starbucks is reopening at Downtown Disney so Guests can get their magical coffee fix once again. We shared this Instagram photo of our Starbucks drinks from Fiddler, Fifer & Practical Café on the reopening day of Buena Vista Street last November.

We do have some things to look forward to, however. New benefits have been announced for former Disneyland Annual Passholders (now Legacy Passholders), which you can read about here. There is a new Star Wars store (the Star Wars Trading Post) opening next week, and a WandaVision photo spot has opened in DCA. Additionally, Disney has just announced that a limtied-time ticketed event will debut this March at Disney California Adventure Park — more information here!

Related: Caramel Apple Drink at Disney Springs – and Your Starbucks, Too!

For the latest information on Downtown Disney operations — including health and safety measures — visit the official website here.

Do you plan to visit Starbucks at Downtown Disney when it reopens next week? Let us know in the comments!