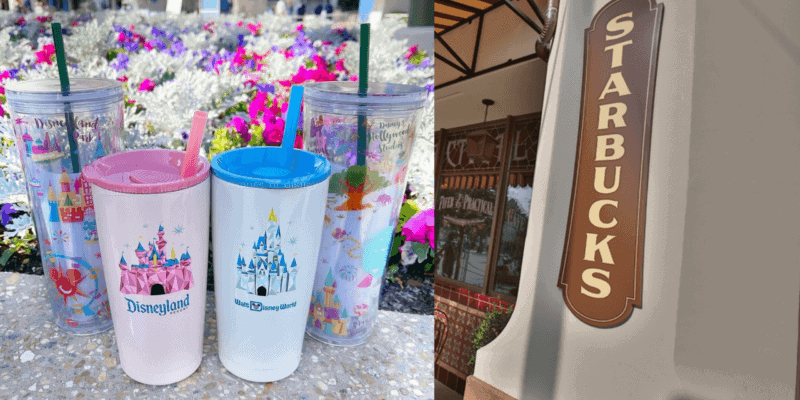 We don’t know about you guys, but we have a bit of an obsession with the unique Starbucks merchandise that is released at both Walt Disney World and Disneyland. There is always a new bit of Disney Starbucks merchandise to hunt down in the parks and the merch always seems to be incredibly popular with Guests.

Although this probably has something to do with the sheer amount of Guests that filter through a Starbucks location at Disneyland and Walt Disney World on a daily basis, you can’t deny the effort is clearly there in making the merchandise look fantastic.

Related: What Would a Disney Character Order at Starbucks?

It’s been awhile since Disneyland released their collection of metal and plastic Starbucks tumblers and we’ve been waiting to see when Walt Disney World would get the metal version in stock (the plastic variant has been around for a while).

Check out the new tumblers below courtesy of Mugs of Disney:

The metal tumblers retail at $29.99 and the plastic ones are available for $24.99. If you’re interested in purchasing any of the metal variants, one important thing to keep in mind is that they can only store cold beverages — only iced coffee in these travel mugs!

We love all of these new Starbucks designs and now need to go and find more room on the Disney shelves at home.

When Starbucks was first announced as a partner for Disney Parks, some Guests weren’t sure about the partnership. However, the brand has done very well. This type of merchandise they offer really helps with the integration between Disney and Starbucks. Plus, we’ve always been a fan of the co-branding and the fact that Disney kept original locations (like the Main Street Bakery) largely intact when it changed to Starbucks.

Are you a fan of the new Starbucks Disneyland and Walt Disney World tumblers? Let us know in the comments below!