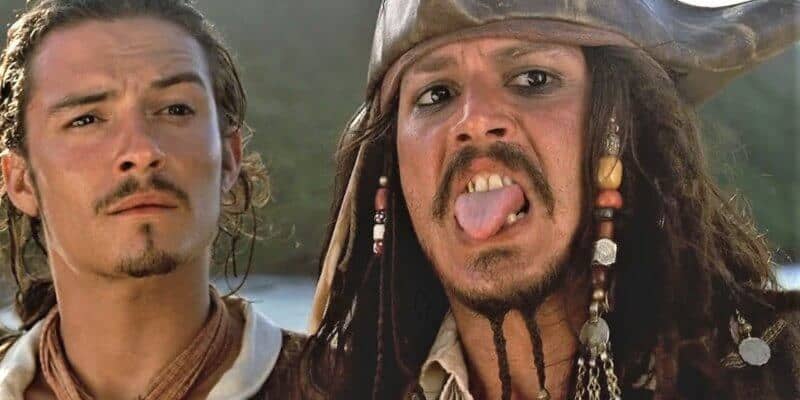 Actor Johnny Depp had some interesting ideas about his character Jack Sparrow’s — specifically about the pirate’s nose. According to a report by The Express the actor initially wanted Captain Jack to have a missing nose, citing it as a war wound.

It’s no secret that Depp’s ideas about the character were initially controversial, but this one didn’t make the cut.

Pirates of the Caribbean and the curse of Jack’s swagger

Yes, on the set of Pirates of the Caribbean: The Curse of the Black Pearl Johnny Depp had some whacky ideas about his iconic character. As we now know, his decision to take inspiration from Rolling Stones guitarist proved incredibly fruitful. Depp took the artist’s style and world-weary look while also adding in his distinctive swagger, combining Keith Richards’s and Pepe Le Pew’s attributes!

According to Depp, then Disney CEO Michael Eisner and other executives didn’t love the take, “They couldn’t stand him. They just couldn’t stand him,”  Depp said. The actor went on to say “Upper-echelon Disney-ites [said]: ‘What’s wrong with him? Is he, you know, like some kind of weird simpleton?’”

Furthermore, they couldn’t work out why Depp was playing him so flamboyantly. He said he was asked “‘Is he drunk? By the way, is he gay?’ And so I actually told this woman who was the Disney-ite: ‘But didn’t you know that all my characters are gay?’ Which really made her nervous.”

Eventually, Eisner apparently became so exasperated by Depp that he declared he was “ruining the film.” How he must regret those words after the film’s smash success!

So, where does Jack Sparrow’s nose come in?

According to The Express, one of the suggestions made by Depp was received even less warmly. He said that he wanted Sparrow to have lost his nose to add “comedic value.” In his words, Captain Jack would be “missing his nose, with just a bloody wound in its place.”  Needless to say, this addition didn’t make it into the final cut of The Curse of the Black Pearl.

Interestingly, it isn’t the first time that a major producer has considered a nasal injury. HBO opted not to give Tyrion Lannister (Peter Dinklage) a nose injury when preparing the adaptation of Game of Thrones.

However, despite losing this battle, Depp went on to have a very successful career with the Pirates of the Caribbean franchise alongside co-stars Keira Knightley, Orlando Bloom, and Geoffrey Rush. The actor has starred in more Pirates movies such as Dead Man’s Chest, At World’s End, On Stranger Tides, and Dead Men Tell No Tales. But due to his high-profile divorce with Amber Heard and court case with The Sun, Disney has seemingly distanced itself from the actor.

Although, we recently reported that Disney is allegedly reconsidering this position after a fan petition for Depp’s return to the Pirates franchise amassed hundreds of thousands of signatures.

What did Johnny Depp do for the Pirates of the Caribbean franchise? 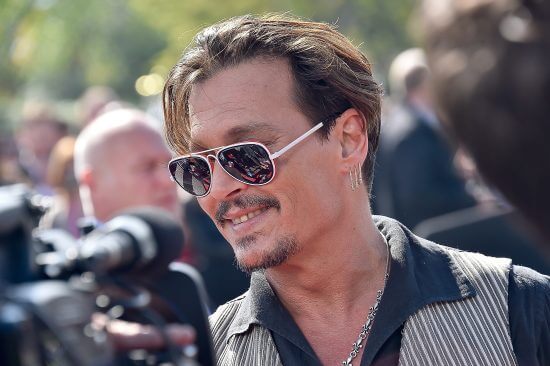 We don’t need to tell you how invaluable Depp was to the film series. The flamboyant actor quickly became as well known for playing the eccentric pirate as Sean Connery is for playing James Bond, or Toby Maguire is for playing Spider-Man.

Captain Jack was way ahead of his time and was a real breath of fresh air for Disney. Though now we’re spoilt for choice with charming leading men such as Chris Evans as Captain America, Jack Sparrow was something completely unique. It seems that the actor’s influence was pretty much entirely to blame and we can’t thank him enough. Who knows what the Pirates films would’ve looked like if Depp has played a more straight-laced, nuanced Jack Sparrow. Frankly, we reckon we saw the best versions possible.

Now, only time will tell in regard to Depp starring in another Pirates of the Caribbean movie. If he does, one thing’s for sure; Jack Sparrow’s nose will remain intact.

Comments Off on Depp Wanted Jack Sparrow to Have No Nose, Disney Disagreed