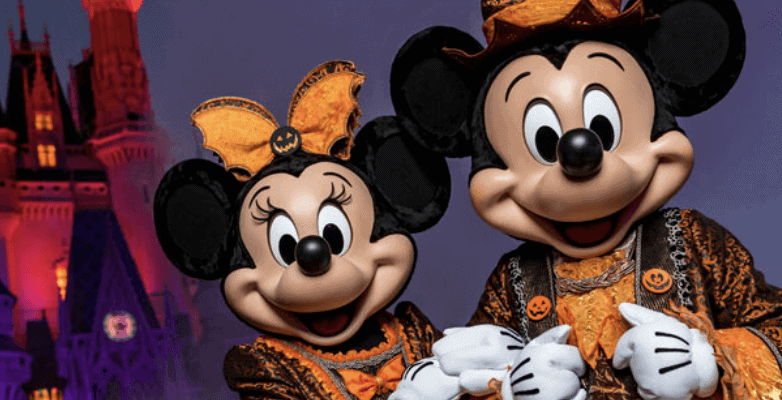 The current COVID-19 pandemic has affected so many around the globe, including the theme park industry.

The Disney Parks, for example, all had to shut down in order to keep everyone as safe as possible. Though some of the theme parks have since reopened, there are others that had to re-close with one — Disneyland Resort in Anaheim, California — having to remain closed since March 2020.

Read More: 365 Days Since All Six Disney Parks Were Open – A Complete Guide

Despite being ready to reopen since July, the theme parks in Disneyland Resort in California remain closed due to state protocols and regulations. However, just yesterday, Disney California Adventure announced they would be bringing a brand new ticketed event to the theme park!

That’s right — Disney announced that Disneyland Resort will soon host a limited-time ticketed experience at Disney California Adventure, despite the theme park not officially reopening to Guests due to Governor Gavin Newsom’s guidelines.

Though no attractions will be open for this event, Disney California Adventure will offer other opportunities for Guests that will be filled with fun, food, beverages, merchandise, and more!

Will Disney World Be Next to Bring Back Ticketed Events?

With the recent announcement of a ticketed event coming to Disney California Adventure, that makes us wonder — Will Walt Disney World Resort also bring back ticketed events?

In 2020, Walt Disney World Resort had to make the difficult decision to cancel many of its after-hours and ticketed events, including the Magic Kingdom events Villains After Hours, Mickey’s Not-So-Scary Halloween Party, and Mickey’s Very Merry Christmas Party.

But as we continue to move forward, and we see Disney Parks continuing to adapt to the current times, we could see the return of some of these events.

With ticketed events, limited capacity is already implemented. For after-hours events, such as Mickey’s Not-So-Scary Halloween Party or Villains After Hours, Disney only sells a certain number of tickets for each night the party occurs. The theme park could continue to do so, but just with a smaller capacity in order to abide by CDC Guidelines.

Additionally, Disney World has already modified events such as the Festival of the Arts and the Food and Wine Festival at EPCOT. Social distancing measures have been put in place at food and beverage locations, modified entertainment offerings were implemented, and more. Disney World could take what they learned from these modified EPCOT events and put this towards other after-hours events.

Disney could also continue to use the safety guidelines that they have used elsewhere around the Resort at other events such as Mickey’s Not-So-Scary Halloween Party of Villains After Hours to make these exclusive and safe for those wishing to get that extra bit of magic while at the theme parks.

If Disney World were to bring back ticketed events, they would, of course, have to make changes just like they did for the EPCOT events, in order to comply with the CDC. For example, instead of hosting a special parade for its ticketed events, Disney could bring pop-up cavalcades that run throughout the party hours.

Additionally, Disney could implement social distancing measures around the hub at Magic Kingdom in order to safely bring back special shows at Cinderella Castle (like The Hocus Pocus Villain Spelltacular that runs during Mickey’s Not-So-Scary Halloween Party) — specifically for the after-hours events. With an already limited capacity, Disney could successfully implement this just for the events.

Additionally, Walt Disney World is celebrating its 50th anniversary this year. At this time, not many details have been released surrounding what the theme parks plan for this milestone celebration. However, Jeff Vahle, President of Walt Disney World, did reveal a small tidbit of information to get Guests excited, saying that Cast Members who “make the Disney magic come alive for millions of Guests every year” will be at the “heart of the parks’ momentum around the milestone.”

Do you think Disney World will bring after-hours ticketed events back in 2021? Let us know in the comments below.