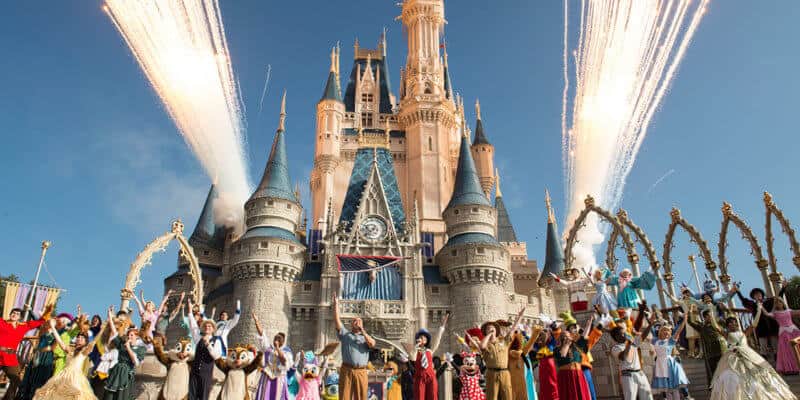 Disney World frequently updates their attractions, which means that closures are often inevitable. Typically, an attraction refurbishment will not heavily affect your time at Disney Word, but to ensure you face no surprises, it is always good to know which attractions are down while you are visiting the Mouse!

Today, we will take a look at all of the attractions that will be closed for the month of February at Magic Kingdom, EPCOT, Disney’s Animal Kingdom, and Disney’s Hollywood Studios.

Magic Kingdom has quite the list of attractions that will not be available for the month of February.

The Walt Disney World Railroad has been closed for quite some time, since December 3, 2018, to be exact. The train is a popular option for Guests to travel around the lands of Magic Kingdom in style, but has yet to reopen. The construction for TRON: Lightcycle / Run overlaps with sections of the railway, so it is likely that the attraction will not open until the coaster’s construction is no longer interfering — this has not, however, been confirmed by Disney.

Disney recently drained the Rivers of America, which caused both the Liberty Square Riverboat and Tom Sawyer Island to close. Recently, we reported that Disney was refilling the river and Guests will soon be able to once again travel along the waterway! As of February 5, 2021 both attractions will once again be operational.

The Tomorrowland Transit Authority  PeopleMover has been closed since before the pandemic shut down the parks! After five delays, the TTA is now set to open in March. That being said, since the attraction’s reopening date has already been pushed back multiple times, I personally am not holding my breath for a timely opening of the attraction.

The Hall of Presidents is currently closed as the attraction is adding in the new President Biden animatronic, as the United States is now under a new administration. The attraction closed down the day of the Inauguration, and will remain closed throughout the month of February.

Mad Tea Party will be closed as of February 20, 2021, so if you were planning on spinning your way out of February, think again!

Disney’s Animal Kingdom’s list only includes one attraction under refurbishment for the month of February.

It is important to note that this attraction closes down every year for routine maintenance and refurbishment. It is likely that once the ride reopens to Guests, that it will be the same soaker of an attraction that is perfect for those hot days at Walt Disney World. Currently, Kali River Rapids is set to reopen on April 2, 2021. That being said, Disney’s refurbishment schedule is subject to change.

EPCOT and Disney’s Hollywood Studios do not have any scheduled refurbishments during the month of February, so Guests should be able to ride any attraction their hearts desire! If you want to continue to keep an eye out on Disney’s refurbishment calendar, click here to get all of the most up to date information.

Do you think Disney needs to refurbish any other attractions? Which attraction have you been missing?