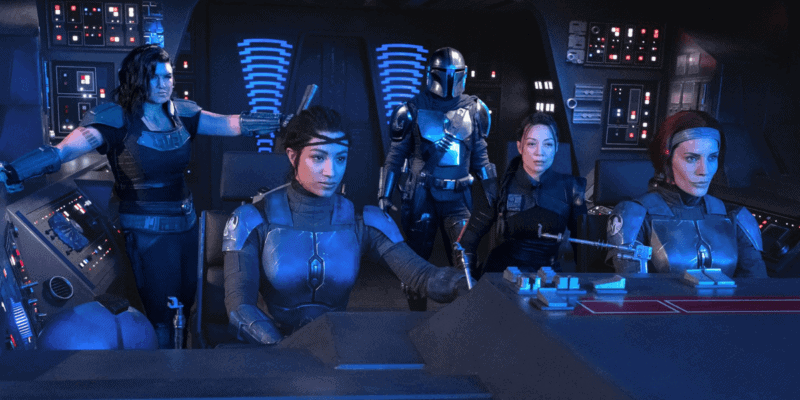 There are several ways one can measure a TV show’s popularity. The number of views, the number of subscriptions it generates, and even how much it was pirated.

It appears that Star Wars: The Mandalorian was the most pirated TV show of 2020.

According to an analysis conducted by the site TorrentFreak, Jon Favreau’s original Disney+ series dethroned HBO’s Game of Thrones this year, becoming the show with “most-downloaded TV-episodes among torrenting pirates.” The data consists of downloads on BitTorrent “based on several sources, including statistics reported by public BitTorrent trackers.”

It should also be mentioned that TorrentFreak’s survey only accounts for BitTorrent traffic — which itself only makes up a fraction of all online piracy — and does not include full season downloads.

By these numbers, at the end of its first season in 2019, The Mandalorian was already the third most torrented show of the year. However, the second season did not just give us Din Djarin (Pedro Pascal), Baby Yoda (AKA Grogu, AKA The Child), Cara Dune (Gina Carano), and Moff Gideon (Giancarlo Esposito). It also gave us Ahsoka Tano (Rosario Dawson), Bo-Katan (Katee Sackhoff) Boba Fett (Temuera Morrison), Luke Skywalker (Mark Hamill), and R2-D2. The increase in already-recognizable faces leaves very little doubt as to why the piracy of the Star Wars spinoff increased.

TorrentFreak also explained, “The top three nicely shows how fragmented the online entertainment industry has become. In order to watch all three series, one needs three separate subscriptions. That’s a cost not everyone may be able to afford, which can explain part of the piracy problem.”

Amazon Prime’s The Boys came in at #2 and HBO’s Westworld earned the #3 spot.

While The Mandalorian was not able to attain the title of “Top Streaming Program” last month, the demand to watch the season finale was so strong that viewers caused Disney+ to crash. At the end of the day, there is no better measurement of popularity than that.

Season 3 of The Mandalorian is currently in production with the spinoff The Book of Boba Fett arriving on Disney+ in December 2021.

Are you surprised The Mandalorian was the most pirated show of 2020? Why or why not? Let us know in the comments!