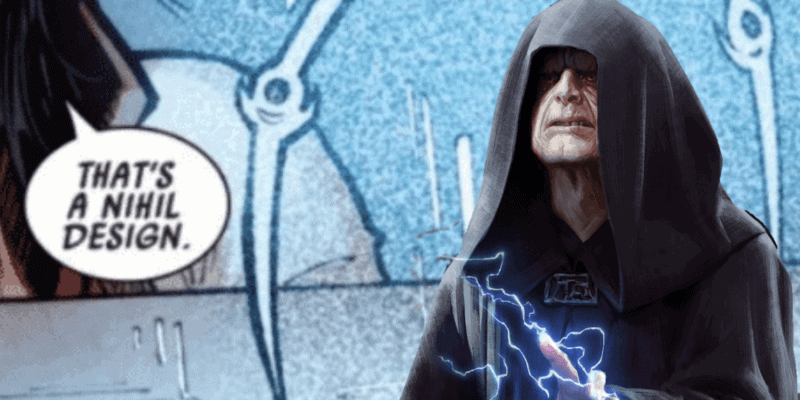 Star Wars: The High Republic is much more than a publishing initiative. It’s a doorway — not within the World Between Worlds, though, don’t fret — to an entirely new era within the Star Wars universe.

Per our previous coverage of The High Republic’s official launch on January 4:

Charles Soule, Justina Ireland, Cavan Scott, Daniel José Older, and Claudia Gray all participated in the live stream from remote locations, sharing details about new Star Wars characters and the stories they are excited to tell through various printed media, including Marvel Comics, children’s books, novels, and — a surprise announcement — “The Edge of Balance” manga from Viz Media featuring a tale written by Ireland and Shima Shinya and artwork by Japanese artist Mizuki Sakakibara…

…Star Wars fans can expect numerous new characters — including Padawan Reath Silas, Padawan Keeve Trennis, a new squadron of pilots named Leox, Geode, and Affie and a character with the ominous moniker “Buckets of Blood” — and at least one brand new species, never before seen in a galaxy far, far away.

The High Republic — which will last for years in Marvel Cinematic Universe-like phases — is said to be an “interconnected mega story.”

The High Republic, which takes place about 200 years before Star Wars: Episode I – The Phantom Menace (1999), is — save for a young Master Yoda — filled with new characters, new stories, and a new Star Wars age in which the illustrious Jedi reign supreme. The Force is not out of balance, there is no need for a Chosen One to restore order in the galaxy, and Jedi Knights are revered.

Sound like a refreshing brand of Star Wars storytelling? It absolutely is.

Furthermore, the initiative is giving rise to all sorts of cool new Star Wars details we’ve never had the opportunity to experience before. Star Wars fans have already gotten to see what the Force looks like to a Jedi Knight for the first time in the Star Wars franchise’s 40-year history — and, from the looks of things, we’re just getting started.

Here, we take a look at the “Path Engine,” a device that wields a powerful new force that was just unleashed in Charles Soule’s novel The Light of the Jedi.

CBS-owned ComicBook.com explains why you should even care about the “Path Engine” device if you’re primarily a Skywalker Saga or Mandalorian fan who hasn’t yet dived into High Republic lore:

…[the “Path Engine” was a pivotal device that almost secured the Empire’s victory in the Galactic Civil War (aka the “Age of Rebellion” in the New Star Wars timeline). That artifact is none other than the “Path Engine,” a device that affects hyperspace travel. The Path Engine was introduced in the current arc of Marvel’s Doctor Aphra (vol. 2) comic series – in a story arc that’s fittingly titled “Book II: The Engine Job”. In the Age of Rebellion, the Path Engine is touted as a device that can turn the tide of the Galactic Civil War – but in Star Wars: The High Republic – Light of the Jedi, we find out why…

The main storyline of The High Republic’s first phase is the opening of the Outer Rim’s Starlight Beacon station, which is, in true Star Wars fashion (some things never change), derailed by a disaster — this time of the hyperspace variety. The unfortunate situation — you’ll have to read the book to discover all the details — is caused by The Nihil, a brand new breed of Star Wars villain.

These space pirates — who, as Claudia Gray noted in The High Republic livestream launch, are “not the nice pirates” — are more Blackbeard than Captain Jack Sparrow, savvy? They pillage and plunder their way through the galaxy, with a highly advanced piece of technology — you guessed it, the “Path Engine” — at their disposal.

The device allows The Nihil to make short hyperspace jumps, essentially blipping in and out of view during battle with no discernible explanation. This is, as one might expect, problematic for the Jedi Order factions that end-up fighting them during the Starlight Beacon debacle.

Ultimately, The Eye of The Nihil, Marchion Ro, attacks Jedi Vector starships, then activates the “Path Engine”at a crucial point in the battle, resulting in the first Jedi Master character death in The High Republic.

As ComicBook points out, it’s not “hard to see why the “Path Engine” would have given The Empire and Palpatine the needed edge to annihilate the universe.”

Be on the lookout for more from Charles Soule, Justina Ireland, Cavan Scott, Daniel José Older, Claudia Gray, and the entire High Republic creative team soon. Have you started reading any High Republic adventures yet?

Comments Off on ‘Star Wars’ Unveils a New and Deadly Power