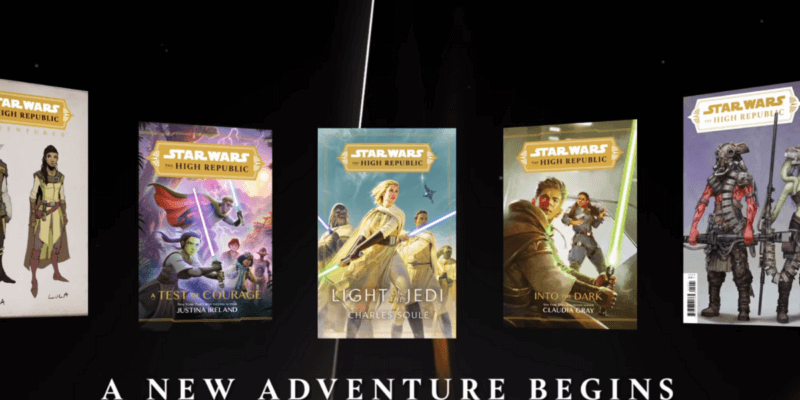 Lucasfilm’s Star Wars: The High Republic is getting closer and closer to becoming a reality, and I am nervous. Set centuries — about 200 years, to be precise — before Episode I: The Phantom Menance, it is going to blaze new trail for all the fans out there that only know Star Wars from the Skywalker Saga stories that have become such an integral part of popular culture.

It will tell new stories set far before the core, familiar storyline, more so than any other spinoff yet. I personally think it will test the solidity of the budding Star Wars cinematic universe in three ways.

How much (or how little) nostalgia is needed for success?

Star Wars nostalgia is almost as powerful as the Force itself — and arguably the ultimate key to The Mandalorian‘s success. What did we call Grogu before we knew his name? Baby YODA. The setting is the aftermath of the second Death Star’s destruction in Episode VI: Return of the Jedi. And, the highest-rated episode of the series was when Luke Skywalker (a CGI de-aged Mark Hamill) and R2-D2 showed up.

Granted, many have said that part of The Mandalorian’s original success was that it was the farthest thing from the various  Star Wars trilogies, while still being Star Wars. As I see it, a gritty, edgy western epic compared to the clean-cut space opera we got in the beginning. But, the power of nostalgia was still there. Again, even Jon Favreau still calls Grogu “Baby Yoda”. At the crux of nostalgia is familiarity. We see what is familiar.

For those who have not read the books, comics, and other written chapters of Star Wars canon, The High Republic will feature Jedi and a younger Yoda. We will have the Force and The Republic. But, is that enough? Do enough people care about Jedi or just the Jedi immediately connected to our core characters like Luke, Obi-Wan Kenobi, and Anakin Skywalker? Personally, I hope the answer’s yes, but it is a serious question.

How complex can the universe become?

While the idea of a uniform fictional universe is still relatively new, it has never been really explored outside of a central storyline. Take, for example, the Skywalker Saga or the Marvel Cinematic Universe’s Infinity Saga. While they both consist of several different stories, they are all branches that lead to the proverbial tree trunk that is one grander story. In a way, High Republic and its stories are going to be an entirely different tree — yet, it is somehow the same species as that of the Skywalker Saga.

On top of The High Republic publishing initiative’s series of books and comics, Lucasfilm is also expanding further on Skywalker Saga characters and themes — the Saga officially ended with Star Wars: Episode IX – The Rise of Skywalker (2019) — with more pre-Episode IV stories coming to Disney+ like The Bad Batch, and OBI-WAN KENOBI, as well as more post-Episode VI stories spun off of The Mandalorian, like The Book of Boba Fett, Ahsoka, and Rangers of the New Republic.

How many stories can Lucasfilm tell at once and still achieve success? Do they risk spreading their audience too thin? And, can they draw their audience away from the familiar stories presented on screen to read brand new ones?

Can Lucasfilm lure its audience away from the screen to the page?

There are different levels of Star Wars fandom. There is the high, rather shallow level that consists of people who just enjoy the movies for what they are and don’t really bother with anything else. Then, there are the fans who don’t just watch all of the movies, but also the TV shows — including popular animated series like Star Wars: The Clone Wars and Star Wars Rebels.

Then, of course, there are fans who not only do all of that, but have a specific order in which they like to watch everything and can debate about who is the better Obi-Wan: Alec Guinness or Ewan McGregor?

My point is that it takes a great deal of effort to sit down and read a book. It requires one to be on a deeper level of fandom, and one has to wonder if Lucasfilm will be able to draw some of the newer fans away from the screen and the shows created by Favreau and Dave Filoni, and into the written page of something essentially completely new.

In the original announcement regarding The High Republic, Lucasfilm described publishing as an incubator, of sorts, for new stories to see if they could become something more — perhaps, for example, a new Disney+ series. This means we could possibly see these new stories brought to life in live-action or animation.

As a matter of fact, one series within the High Republic era has already been announced. Leslye Headland’s (Russian Doll) The Acolyte will explore the origins of the dark side at the end of the apex of Jedi culture.

“The Acolyte” is a mystery-thriller that will take viewers into a galaxy of shadowy secrets and emerging dark-side powers in the final days of the High Republic era.

You can watch the initial announcement trailer below:

Star Wars: The High Republic launches on January 5 with the release of Light of the Jedi by Charles Soule, A Test of Courage by Justina Ireland, and The Great Jedi Rescue by Cavan Scott.

Editor’s Note: The opinions reflected in this article do not necessarily reflect those of Inside the Magic as a whole.

Are you excited for Star Wars: The High Republic? Do you think it will be successful? Why or why not? Let us know in the comments!