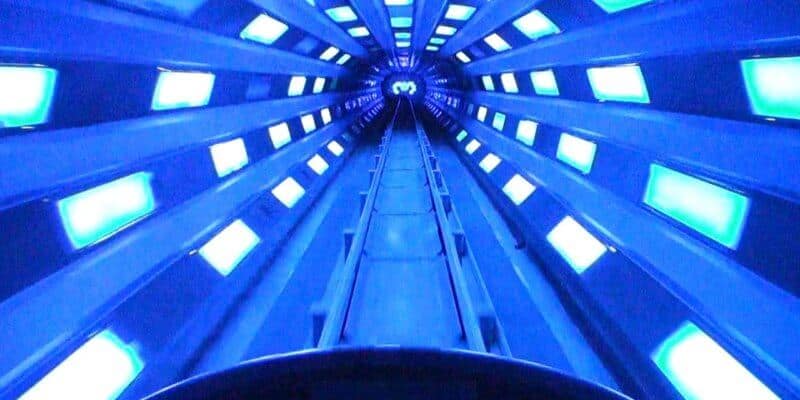 If you have ever visited Disney World, you likely have experienced an attraction break down. This could be quite the disappointing situation for Guests who may have been waiting in line for the attraction — and is exactly what happened with Space Mountain at Magic Kingdom yesterday. Luckily, Guests visiting today will not have to suffer the same fate.

Often when attractions go down at Disney World, it could take a few minutes or hours to correct the problem before Guests can ride again. Although this is an inconvenience, Guests will often still have the opportunity to ride the attraction later than day. However, at times, it can also take multiple days to allow Guests to hop back on the broken attraction. In the case of Space Mountain, the Tomorrowland coaster was down all day on January 9, 2021 — so Guests who were only visiting Magic Kingdom for that day did not get the chance to blast off into space.

The reason for the full-day closure of Space Mountain has not been specified — however, whatever caused the closure now seems to have been corrected! If we peek at the My Disney Experience app, we can see that as Magic Kingdom opened this morning, Space Mountain did as well. After being open for 15 minutes, the attraction was holding a 20-minute wait — which is rather quick for the E-ticket attraction.

Of course, there is a possibility that Space Mountain could close down once again due to technical or mechanical issues, so if you are planning on riding today, keep an eye on the My Disney Experience app so you are not making the trek from Frontierland to Tomorrowland to only be disappointed.

Another popular Disney World coaster recently underwent an extensive closure as well. Rock ‘n’ Roller Coaster Starring Aerosmith at Disney’s Hollywood Studios was down for multiple days with no specific reason as to why — but is now back up and running.

In terms of Tomorrowland attractions, although the popular Space Mountain is now running once again, the Tomorrowland Transit Authority PeopleMover is not. The classic fan-favorite ride has been closed for what is coming up to almost be a full year but is set to reopen to Guests as of January 31. Although this reporter is hopeful that it will open once again shortly, considering the constant push backs in opening dates, it wouldn’t be surprising if its reopening date shifted once more. That being said, the ride has been seen being tested recently, which is definitely progress.

If you want to ride Space Mountain at Magic Kingdom or visit EPCOT, Disney’s Animal Kingdom, or Disney’s Hollywood Studios, you can begin planning that Walt Disney World vacation today! Click here to get started.

What attraction have you ever been in line for that ended up going down before your boarding? Have you ever experienced any issues while riding Space Mountain?