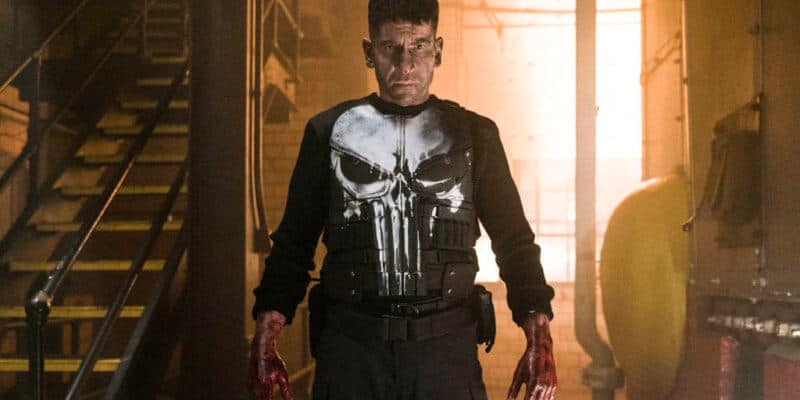 Significant voices in the comic book industry have called on Marvel Comics to retire The Punisher character. They feel it has become corrupted due to its logo’s use in last week’s United States Capitol Building riots.

Several groups have used the iconic skull logo over the years, but seeing it on rioters’ shirts at the Capitol pushed some on social media over the edge.

Some Twitter users call for Marvel to be firmer on copyright infringements, while others call for Frank Castle‘s retirement from the Marvel universe, stating the concept behind him is “corrupted”.

Who is The Punisher?

Frank Castle, AKA The Punisher, has been a staple of the Marvel Comics universe for years. He has been an ally and enemy of many a Marvel hero including Daredevil and Deadpool, in addition to popular Avengers like Scarlet Witch and Black Widow. He’s best known for his Netflix series where Jon Bernthal played him (this is also technically the MCU’s version of the character – for now).

Unfortunately, Netflix didn’t invite Jon Bernthal’s Castle to be part of The Defenders alongside Luke Cage, Iron Fist, and Jessica Jones. However, the character also starred in several movies and was famously played by Dolph Lundgren in the 1989 film, The Punisher.

The Punisher is known for his incredibly violent way of dealing with things; something you’d never see in a Marvel Studios movie. Frank Castle views all criminals as worthy of death, and he wears his iconic Punisher skull to strike fear into the hearts of villains. Some debate whether Castle is a hero or a simply an anti-hero vigilante who uses his own grief to justify his brutal methods.

Why is The Punisher logo controversial?

Castle’s proclivity towards murder as a solution for crime has been his defining trait since Marvel first introduced the character in Amazing Spider-Man #129 in 1974. The murder of his family has historically driven his intense bloodlust, but that hasn’t stopped him from coming to blows with more morally virtuous superheroes like Daredevil and Spider-Man. Indeed, we saw this play out in the Daredevil Netflix series, as season two pits Charlie Cox’s Matt Murdock’s non-lethal brand of crimefighting at odds with Castle’s (Jon Bernthal) desire for vengeance.

However, while the antiheroic Castle was a mere outlier of the Marvel Universe, his logo has been used in the real world by several groups. In particular, many Blue Lives Matter rallies and police officers and soldiers have been known to adopt the logo.

Last week’s use of the logo by the Capitol rioters, however, has brought about significant online controversy.

Who is saying it’s time to retire The Punisher?

As expected, there were many Twitter users who called out the rioters for wearing the logo. However, many of these voices also came from prominent industry figures, including Mitch Gerads, who worked on The Punisher for twenty issues and designed the new skull logo. Check out what he had to say:

Yep. I worked on Punisher for 20 issues (Including the two Kevin wrote). I designed a new skull. I designed a patch (FOR CHARITY) using it. Seeing it (Thankfully, not mine) used by these groups today shows Marvel needs to retire it till it’s no longer adopted as a symbol of hate. https://t.co/vb0pa9kKxu

Other prominent comic book figures included BLACK artist Jamal Igle and Van Jensen, a writer on many properties including James Bond comics, Green Lantern and The Flash. Take a look:

I dont say this lightly.
It's time for @Marvel to put The Punisher out to pasture.
The concept is corrupted.

Hey @Marvel, I love the Punisher. But that character and symbol are corrupted forever. It's time to retire Frank Castle.

The seditionists that invaded the Capitol today wore a Punisher logo. I say @marvel needs to either aggressively enforce their trademark so it isn’t printed everywhere or abandon the Punisher completely. You can’t allow your characters to be used by terrorists. pic.twitter.com/CLHv243N9u

It’s one thing for your average Twitter user to suggest cancelling a character, but quite another for prolific artists and writers to speak out, particularly one who worked on the character.

Whether or not Marvel Comics will crack down on the logo usage or retire The Punisher completely remains to be seen. Inside the Magic will continue to follow this situation as it evolves.

What do you think? Have the riots corrupted the character of Frank Castle? Let us know in the comments below.