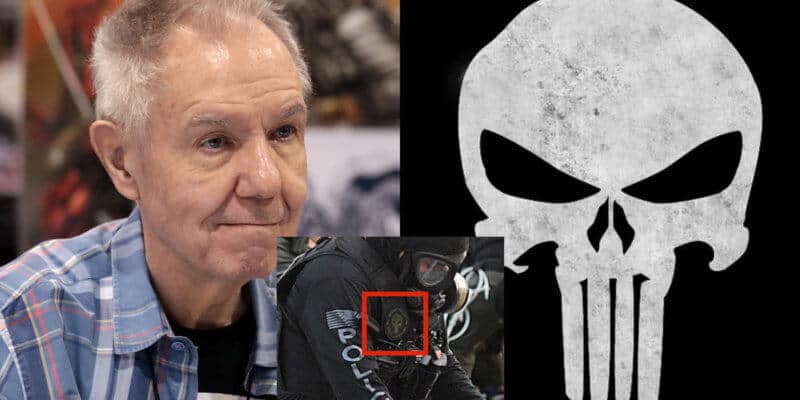 As we previously shared, Marvel fans everywhere were outraged when Police started claiming Marvel’s Punisher emblem as their own logo, which they sported while confronting demonstrators taking part in protests for Black Lives Matter movements. Now, Marvel series creator Gerry Conway is putting his own plan in motion to reclaim the logo in a powerful way.

For those not aware, this logo has been utilized by members of law enforcement and the military for quite some time and recently the skull icon appeared again on police officers seen at protests and demonstrations taking place in an effort to bring awareness to systematic racism and police brutality. But now, Conway is looking to take this logo back again and use it as a symbol of justice instead of what he calls “lawless police oppression.”

I'm looking for young comic book artists of color who'd like to participate in a small fundraising project for #BLM to reclaim the Punisher skull as a symbol of justice rather than lawless police oppression. Respond and follow so we can DM.

On Friday, Conway tweeted: “I’m looking for young comic book artists of colors who’d like to participate in a small fundraising project from #BLM to reclaim the Punisher skull as the symbol of justice rather than lawless police oppressions. Respond and follow so we can DM.”

To me, it's disturbing whenever I see authority figures embracing Punisher iconography because the Punisher represents a failure of the Justice system. – Gerry Conway (co- creator of The Punisher) https://t.co/6NwHsH1Yql

Conway went on to clarify: “…this little project is open to anyone who wants to contribute their time and effort. It’s not a paying gig, it’s intended to raise funds to support BLM. I hope to use multiple artists with a variety of styles and artistic approaches. As to the debate over whether the Punisher symbol can ever be a symbol for justice — I agree that’s an open question. What it must *not* be is a symbol of oppression. I want to deny police the use of the symbol by claiming it for BLM. Call it irony. I hope the results will speak for themselves.”

Conway has not specified exactly what he intends to do with this new project after is completed.

What are your thoughts on police utilizing this logo and Conway’s attempt to take it back? Let us know in the comments!