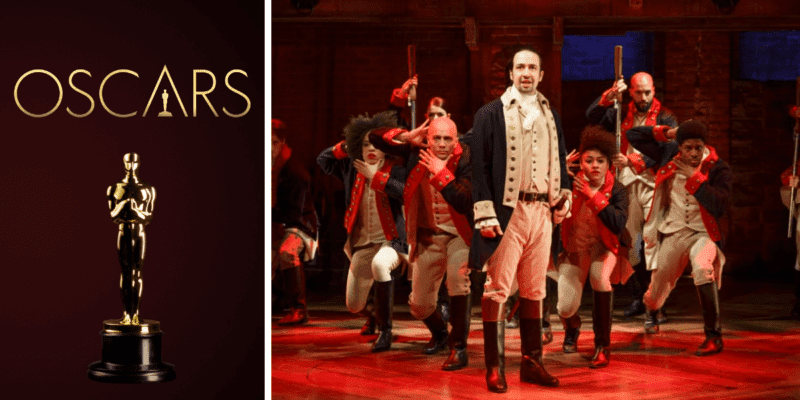 The 2021 Oscars will be a little bit different than past award shows in that it will allow films released straight to streaming to be eligible. But, unfortunately, one production that debuted on Disney+ in 2020 will still be left out.

According to The Hollywood Reporter, the filming of Lin-Manuel Miranda‘s Hamilton musical that was released on Disney+ in summer 2020 still does not qualify for Oscar consideration, and it appears to be simply a judgment call made by the Academy itself.

The decision was in the Academy of Motion Picture Arts and Sciences’ power thanks to the rule instated this year to allows streaming films in the 93rd Academy Awards which states:

“he Awards Rules Committee will evaluate all matters of rules and eligibility.

Hamilton is essentially nothing more than a uniquely-filmed run of the Broadway show in its entirety. It is filmed theater. No stage direction was changed, none of the story was adapted for a film, and there were no cinematic elements added save for camera angles. Because of this, the SAG Awards are also not treating the musical as a film but rather a TV movie, limiting qualifying nominations to “Best Actor in a TV Movie or Miniseries” and “Best Actress in a TV Movie or Miniseries.”

Hamilton will, however, receive film treatment from the Golden Globes, as THR reports:

The entire filming was also four years old upon release which appears to have been taken into the Academy’s consideration.

Lin-Manuel’s historical fiction work has already won several awards during its first year on Broadway, dominating the 2015-2016 Tony Awards. The show’s 98% rating on RottenTomatoes and the fact that Disney agreed to the most expensive single-movie deal in Hollywood history to get the rights also prove already just how good it is without the need for a gold statue.

However, as rumors circulate about more filmed broadway shows such as Aladdin and Frozen coming to Disney+, one has to wonder if the Academy will look to update its qualification if they plan to allow straight-to-streaming films in once again.

Do you think the Academy should have allowed Hamilton to be considered? Why or why not? Let us know in the comments!