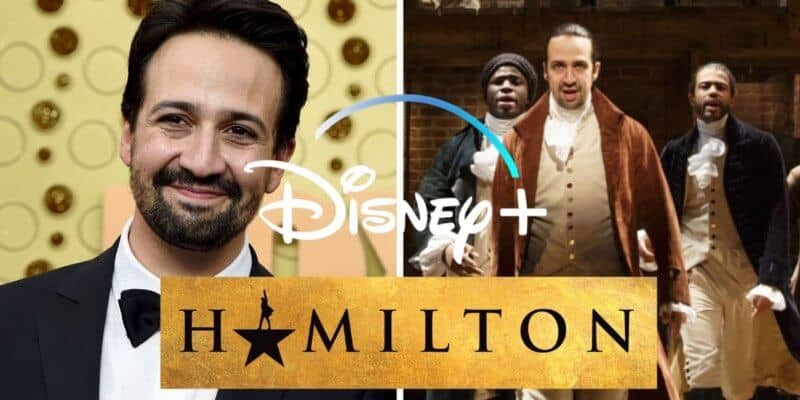 Just a few hours ago, Lin-Manuel Miranda and Disney dropped a trailer for the highly anticipated upcoming version of the hit Broadway musical Hamilton, which will stream exclusively on Disney+ next month on July 4th weekend.

“No one can predict the way a work is received and the way Hamilton has been received has surpassed everyone’s wildest dreams,” Miranda said. “But our biggest issue has always been accessibility so I’m really glad we had the luxury to basically shoot an independent film in our first year and now the world can see what it felt like to be in that room in June 2016, next Friday.”

Manuel continued by describing how it was filmed:

“This was basically a three day film shoot. We filmed a live performance with cameras in the audience on a Sunday matinee. Then the audience left and we continued to film close ups and dolly shots and crane shots all night Sunday. All day Monday we filmed close ups and steady cam and all the coverage you would want to get in a movie on our day off Monday. Continuing to film Tuesday morning all the way to another live show Tuesday night with all the cameras in the audience in different positions.”

He also revealed that he is now working on a new project with the Zootopia directors, but couldn’t give much detail “before Iger showed up in his room”.

You can watch the full trailer of Hamilton here:

Related: Should Disney Add a Hamilton Overlay to Liberty Square or The American Adventure?

When the news first dropped, Lin Manuel Miranda had a chance to speak to the press explaining how touched he is and how big of an impact this is on him and his musical career. He also explained how Disney inspired his own career:

“I fell in love with musical storytelling growing up with the legendary Howard Ashman-Alan Menken Disney collaborations — The Little Mermaid, Beauty and The Beast, Aladdin. I’m so proud of what Tommy Kail has been able to capture in this filmed version of Hamilton — a live theatrical experience that feels just as immediate in your local movie theater. We’re excited to partner with Disney to bring the original Broadway company of Hamilton to the largest audience possible.”

It has also been confirmed that the original cast will be part of this version of Hamilton, including:

Are you excited for when Hamilton hits Disney+ next month? Let us know in the comments below.

Comments Off on ‘Hamilton’ Star Discusses Details on Disney+ Release