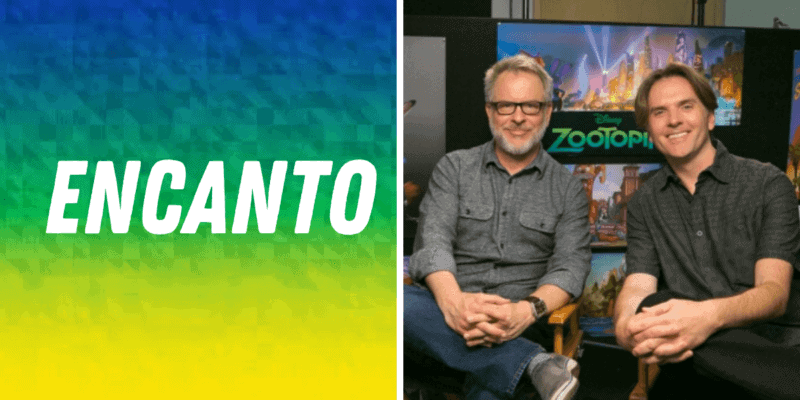 It appears Walt Disney Animation Studios has begun work on a brand new animated feature film and the directors of Zootopia, Byron Howard and Jared Bush, have returned to take the lead.

The project is called Encanto and it is based on a Columbian family where all but one little girl is gifted with magical powers.

Inside the Magic reported in January that Zootopia‘s directors were suspected to be returning to Disney to direct another animated film about a Latino family. Now, it appears more details are coming to light.

According to The Disinsider,

Encanto becomes the third Disney animated film in the last five years to feature a woman of color as its lead character, following Moana (Polynesian) and Raya and the Last Dragon (Asian).

Disney staple Lin-Manuel Miranda (Mary Poppins Returns) is writing the music, with Clark Spencer (Ralph Breaks the Internet) and Yvett Merino Flores (Moana) on board to produce. As well as directing the film alongside Byron Howard, Jared Bush will co-write the screenplay with Charise Castro Smith. Smith has previously written and produced episodes of The Haunting of Hill House. There were reports out there stating this film is set in the same Universe as Moana, but our sources say that is not true.

It should be mentioned that no details have been officially confirmed or denied by Disney at this point. However, it is known that Disney has an untitled film scheduled to be released on November 24, 2021, it could potentially be set aside for this particular project. Walt Disney Animation’s next feature film on deck to be released is Raya and the Last Dragon. It is scheduled to be released in 2021 after the global pandemic pushed back the release of Disney/Pixar’s Soul.

Encanto will be Disney’s first feature-length film to take place in Columbia. The working title, “Encanto,” is Spanish and Portuguese for “Charm.”

What do you think about a Disney animated film set in Columbia? Do you think this will be confirmed soon? Let us know in the comments!