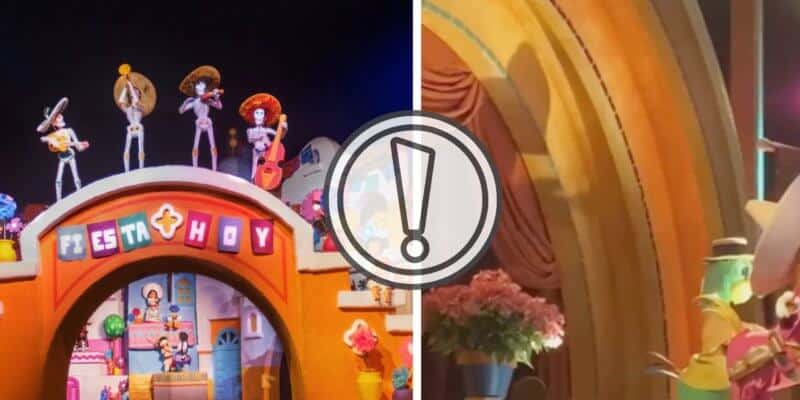 On January 4, 2021, Donald Duck was toppling over on the Gran Fiesta Tour. On January 5, 2021, a tree with a sombrero stood in his place. Now, nearly 20 days later, it looks like Panchito, the Mexican charro rooster, and José Carioca, the Brazilian parrot have yet to find Donald Duck.

The missing animatronic has been gone for longer than any other animatronic in the Gran Fiesta Tour as of late, and it has us wondering, what is going on with Donald Duck!? In July of 2020, Jose was down for the count and couldn’t attend the final concert for a whopping 10 days. At the time, the 10-day fix seemed quite extensive for the animatronic, however, 10 days now seem like nothing.

For Donald to have been missing for 17 days and counting, there may be a serious problem with the animatronic. If we compare Donald’s animatronic to the more complex ones that Disney has to offer such as Big Toe, who can be found at Na’vi River Journey in Disney’s Animal Kingdom, some would assume an animatronic such as Donald would be an easy fix. He is a very simple animatronic with quite limited movements, after all. For Disney to be taking this long to restore Donald to his attraction in EPCOT’s Mexico pavilion could mean that there are bigger issues at hand with both the animatronic and the attraction as a whole.

The article is pure speculation and Disney has not released any statements regarding the Donald Duck animatronic.

We previously toyed with the idea that Coco’s entrance in the Mexico pavilion would cause a reimagining for the boat ride, and now, those thoughts seem even more plausible. Personally, I am a huge fan of the Gran Fiesta Tour but I could understand Imagineers questioning whether or not the troubles the ride causes is worth the hassle. As we mentioned, a similar long-winded animatronic break down just occurred with Jose a few months ago, and now it is happening again with Donald. It seems that something goes wrong with this attraction quite often.

We have also heard reports that the music in the final scene with the Three (two?) Caballeros was not working correctly in the last few days. Combining untimed music with missing animatronics is not the best recipe for a successful attraction.

Fixing a broken attraction typically would always seem like the correct thing to do, however, when the attraction is one of the lesser popular in the park and is not a reason Guests would want to purchase a ticket, it may not be financially viable for Disney to fix. Disney has not mentioned that Gran Fiesta Tour would be going away anytime soon, but we have seen this method of replacing a lesser popular attraction with a popular IP and causing a larger surge of Guests to come to the parks before.

The prime example at EPCOT would have to be Malestrom in the Norway pavilion. The attraction was usually a walk-on, and even on busy days would not take more than 15-20 minutes to ride. No one was intentionally visiting EPCOT to ride the Maelstrom attraction the way some may have to ride Avatar Flight of Passage in Animal Kingdom. By replacing Malestrom with Frozen Ever After, suddenly more Guests were lining up outside the Norway pavilion and a once D-ticket attraction became an E-ticket attraction.

Whether or not this will happen in Gran Fiesta Tour with Coco is still a question at large, but Donald’s long-winded absence does not look too great for the attraction.

Would you be happy to see Donald and the rest of the Caballeros play their final concert to have Coco take over?